Ava held the black rose in between her slender fingers as if it were a calling card of sorts. Twirling it gently, she stared at it almost half expecting it to jump out of her hand. There had been no note with it when she found it on the front porch. There never was a note with it whenever she found a black rose.  There was no need for one. It was always how Aiden had gotten a message to her and the message was always the same, always understood: Meet me at midnight. She didn't need to be told where either. That was always the same too: The forest clearing just outside of the place where Ava grew up.  Ava liked any excuse to go back to Ireland even if it were just for a few moments.

Slowly she walked through the forest toward the clearing. As she approached it she could see the rays of the moonlight streaming down to the ground lighting the area with soft white light.  She inhaled deeply and didn't move when she heard the deep Scottish male voice.

"Lovely as ever" He said slowly moving in behind her.

Ava held her breath standing still. She didn't want to turn around and see those deep brown eyes of his. Letting out a huff she spoke in a flat irritated tone. "What do you want this time Aiden?"

His fingers brushed over her long hair. "Can't I just want to check on you? Make sure you are doing well?"

Ava took a step forward then turned around "Aiden we both know that's not you. So out with it." She said now looking up at him.

He looked down into her hypnotic eyes and half chuckled "You know me well."

"After what.. Almost four centuries I should know you. Now what do you want?" Her tone clearly full of irritation. "I don't have all night Aiden."

Aiden reached out and caressed her cheek "Technically, we have eternity, baby girl."

Ava grabbed his hand and moved it from her cheek. It wasn't that she didn't enjoy his touch, in fact deep down she loved it. It was the fact that it weakened her resolve. "Don't Aiden." She took a step back while shaking her head. The last thing she needed was to fall right back into his arms. The problem was not only had he been her off again, on again lover, he was also her sire. He had created her. Even if by accident, he was still the one who had turned her.

"How long are we going to keep doing this Ava? Just come home where you belong. This has gone on long enough." Aiden kept his voice calm but inside he was getting irritated.

"Lets see, Aiden. First, you never told me what you were until AFTER you bit me. I had to leave my family behind.  I've been alone for centuries! Have you any idea..." Her voice trailed off in frustration and she spun around placing her back to him.

"Out of choice Ava. It's been your fucking choice. Not mine." He grabbed her by the shoulders and spun her around. "God damn it all Ava! I never meant to fucking turn you. But, yes, I should have told you from the start what I am. What the fuck do I have to do to earn your forgiveness?"

Ava stared up into his deep brown eyes for a few moments. When she spoke her voice was eerily calm. "Simple. Give me my family back Aiden. Oh that's right. They were human. So they are long gone aren't they?" She pulled away from him stepping back away a few paces. "Guess that won't happen any time soon will it?"

Aiden shook his head then sped to directly in front of her. He took her shoulders tightly in his hands, softly kissing her rosy lips before speaking. "One day you will see the light Ava. One day you will come home where you belong."

Ava threw her head back in laughter. "Don't hold your breath Aiden." Without saying another word she dematerialised from the forest clearing leaving a highly pissed off Aiden behind. 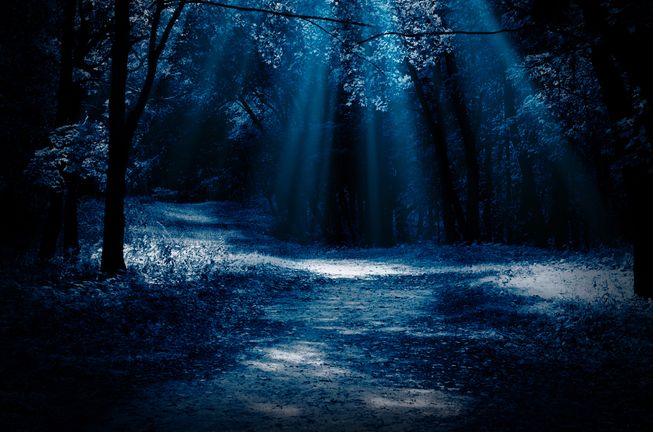 Views: 40
E-mail me when people leave their comments –
Follow