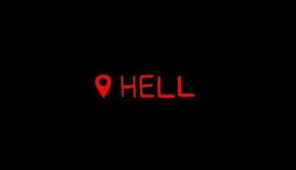 The wind moaned through the cracks through the windowsill high above her head. A sign from the universe that something unsettling was coming. A breath caught in the woman's throat. This was it. She knew what it meant. Her Mother tried to warn her. Her father refused to believe the lies that slipped from her tongue like honey. Her brother… Oh Hermano… Tried to stop her. Her sister too young to know. She pushed them all down the throats of homeland security, thrusting them back to their home country- just to be with him. That’s what he wanted after all… All of them, gone. It didn’t take much convincing. He had her wrapped around his finger like a twine cutting off circulation. She was entranced in his confidence, his games, his dangerous lifestyle. It was intoxicating. The perfect little life she had was shattered by her own hands. She had pulled the trigger. That’s all gone now. No one was going to believe her; like the boy who cried wolf.

Now her family is dead. The little hope she had left to escape was gone. Would she die here? Who would know she was missing? How would he get rid of her? Questions screamed overlapping in her head. There was only one option she had left. Fight. Fight until her nails rip into his skin, until her voice is a cracked whisper, until her last breath. She’d fight. No one was saving her. All the authorities know is she’s happily married with a green card and a baby on the way.

Analis pressed her hand to her stomach. No one was going to get to her baby. No one. Not even Leon. Footsteps creacked down the wooden steps to the cold damp basement. She watched them as his black shoes stepped into view. He was a silhouette of darkness, a black mass slowly cascading down to her level. She could already smell his wretched cologne. Musk of intense fragrance of man and expensive shit perfume he insisted on always wearing. It was his “signature” he’d call it. Ana choked on the bitter taste that filled her mouth as vomit rose to her throat. She leaned over and hurled what was left in her stomach of three days past content. The footsteps stopped at the bottom of the stairs.

“You pathetic bitch.” His voice was low and sinful. He slowly loomed towards her, his shadowy silhouette growing larger as he did and stood just before her new puddle of bile. “Disgusting. A wife that can’t even stand the smell of me. I’m honored.” His tone was sarcastic, sadistic and spiteful. He crouched above her, shining a light at her face. Analis was intensely malnourished, pale and eyes bloodshot. Bruising purpled around her cheeks, a busted lip and hair in greasy knots. She curled away from the man and her wrist chains rattled. There were no more tears, she had no water left in her body to produce them, dry and weased sobs escaped her cracked now newly bleeding lips. He was killing her. “Leon- please.” She rasped. “Ba-baby”

He clicked his tongue, “You think pet names are going to save you?”

She shook her head, and winced, pressed down on her stomach, “Bab-y” she sobbed and leaned against the cold concrete wall. Her naked body was just bones and bruises. “S-av-ve H- her…”

“Her?” he tilted his head, “You think it’s a girl? God I hope not.” he sighed and shook his head. His calmness was eery and unsettling. “Either way it doesn’t matter.” he shrugged looking down at her half dead body. His piercing green eyes were the only thing she could make out from the darkness. “You don’t deserve to be with child-” Leon reached behind him and leaned closer to Ana, “Shhhh” he cooed as the cool steel slid into her lower abdomen like butter.
Analis released the most intense, earth-shattering whisper of a scream. There was no voice left. Her soul wanted to rip itself apart. Her heart wanted to explode, the gaping hole in her chest to swallow everything in its path. There was nothing left. She didn’t even feel the knife, but he killed her. He killed her little girl. He cut her with no remorse. Leaning on the knife for a little pressure, just to dig in a little deeper. Wild silent sobs begged to escape, but his hand was wrapped like a python around her mouth. She wouldn’t get to scream. She doesn’t deserve to. Like a dream where you can’t yell for help. No sound, just panting, and dry tears, and the soft rattles of her chains. This was her hell. For all of eternity she’d stay down here, and never see the light of day, to never see her family again, to never feel little fetus kicks in her tummy.

“Isn’t that better?” Leon asked with audacity. “I just freed you from the parasite. You're welcome. Now. You’re going to stay quiet while I have our guests over. You know, Tony and Nat? Yes, we’ll be in the den, playing cards and talking about how my wife is away to go visit her family. You remember, the family you sent to the border to get detained? So, the next time I hear you cry, rattle, or scream… Your body is mine.” he panted raspy and swallowed. “To cut up, of course. You’re too thin for my liking now. Your tits aren’t even perky anymore.” he shook his head, “Waste of space if you tell me.”
“You- son of a bitch.” she spat out, “You- You- did thi-” she coughed, tasting blood. “You did this to me” she swallowed and leaned back to the wall.

“I-” Leon paused and quickly pulled out the knife from Analis’ stomach, “saved you.” Ana gasped and squeezed her eyes shut, gurgling. “And I believe a thank you is in ord-”

Ana spit blood into Leon's face and stared blankly at the man, and then darkness…

Her brows pinched and softened. Motion circled under her eyelids before finally, Analis squinted up at the white ceiling.

Her eyes darted from the ceiling to the noise.

She was in the hospital? How?

It started to pick up shorter increments as she woke up in a panic. A nurse hurried in to find a paralized Ana freaking out with her monitor going berserk. She called for someone on her pager and rushed to the side of her bed,

“Analis Sovantez. You’re in a hospital. You need to stay calm.” The woman was caucasian with blonde hair and grey eyes, middle aged, and looked a mix of relief and pity. She adjusted something with her drip and Ana slowly calmed, her heart slowing and she took long, slow breaths. A man hurried in and stood at the foot of her bed.

Views: 56
E-mail me when people leave their comments –
Follow