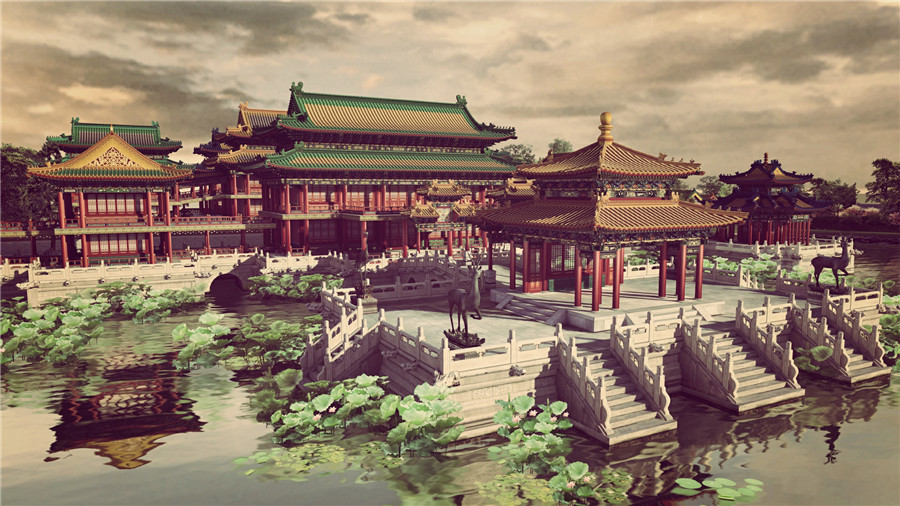 The sun had risen long ago, painting the sky a soft blue and lighting up the world outside of the Yang Palace. The flapping of feathered wings ever-present as the swifts made their morning rounds for insects and earth-bound delicacies such as worms. Laborers and palace maids bringing the interior of the palace to life as they began their morning duties, filling the halls with the echoing sound of footsteps while royal gardeners tended to the lovely plantlife previous kings had ordered to be planted in the palace gardens.

The night prior had been one filled with lust and desire. Passion taking hold of Māui as he had finally gotten what he had been longing for over the past few months; his beloved Xiuying. The woman he had instantly fallen in love with over a simple passing glance when out at the market. She, at the time, was being escorted to the neighboring state so her father could begin to arrange a marriage. Though despite the union to take place he couldn't stop himself from finding her. Meeting her so that he could get to know what lied beneath the beauty of those raven locks. As time went on the two grew deeply in love. Seeing each other in secret. Making plans to whisk the princess away so that they could be together and go wherever they pleased. Making the world their own while they had time to do so. Māui hadn't desired for any woman, man, or māhū like he had her. Her beauty was beyond comprehension, her mind full of intellect and mystery, while her heart was full of compassion and bravery.

A smirk tugged at his lips as the soft, harmonic voice beckoned for his unconcious mind to wake. The man stretched in his place beneath silk covers. A yawn escaping him as the muscles in his body relaxed. "Zaoshang hao, yángguāng." {Good morning, sunshine}

Views: 44
E-mail me when people leave their comments –
Follow