Rain beats hard against the windows of the second story office and apartment. Through the small bathroom window, the neon signage from the bodega across the alleyway plays in the streaming water against the glass shower doors. He can see the red light of the girl-dens dance in the background.

The face staring back at him in the medicine cabinet mirror looked old and tired. In the hazel flecks of red-rimmed eyes, he saw all of the disappointment that follows a man through his life — the window to his soul jaded by a boys pain and dilapidated by a young man's nightmare. The cup of shaving soap sits under the warm water while he drives a speeding taxi down a rush hour of memories, which end up shuttling faster to this moment where haggard face gives a half-smile of dimpled resolve.

The time is four A.M. An artificially happy, woman's voice said over the intercom system. Time to get up, handsome.

Shaving foam began to paint his face in small circles, covering up the salt in his morning shadows. Briefly, Dashiel John Guile heard a woman's laugh from somewhere far away, and he was filled once more with how it once made the boy he once was feel safe and secure. Now it only filled him with a vengeance that hardens an old man's heart. His Adam's apple bobbed against the drag of a straight razor through stubble when he swallowed the truths giant, bitter pill. He did not wince when a nick sent a single stream of blood down through his still muscular upper chest, branching into two when his heart gave two beats. He cleaned it up neatly with a torn piece of toilet paper. On the seamed frame of the mirror a slightly worn, an old photograph was tucked. "Mornin'," he finally said to the portrait of a dark-haired beauty with a similar dimpled smile. "I hope ya' slept well. I gotta good feelin' abou' today." Dashiel flicks the picture gently with his finger.

I've made your morning cup of coffee, Django, just the way you like it. Hot, strong, and sweet! His Artificial Intelligence System announced again, this time with a lot of pride that she remembered. Though do ever forget?

"Thank ya kindly, Lucille." He replied very quietly, grabbing the picture and walking with it from the bathroom to the second small room in his flat. He converted the two office suite into a one bedroom, one office, one bathroom ten years ago when he signed the lease. With the photo pinched between his fingers, he slipped it neatly back into the folds of his security enhanced wallet, activating the anti-theft hologram around the leather. He settled it on top of a small chest of drawers, picking up cheap wrist-watch and sliding it way over his thick-palmed hand, conscientious not to catch the chain links in the hair at his wrist when he clips the catch. In the mirror on the wall over the dresser, there was another reflection that he indulged in for a long hot minute. A slender, long leg was slinking out from under the rumpled tangle of pale blue sheets. Dashiel took the white ceramic cup filled with black coffee out of the sliding AI dumb-waiter's cubby, gingerly setting it down on the nightstand beside his sleeping guest. "Coffee is on, Sugar'." A sweet whisper blows her messy hair before he plants a kiss. She smells like their night alone, only seductively sleepier. Selfishly, he breathed in that newly minted memory, saving it for a lonely kind of later. "I gotta go to work. Find me tonight, if ya would."

Dashiel spoke with thin-pidgeon accent tells everyone where he had been born, never truly able to rid himself of the sound of comingling syllables. Round, romantically blended, with half-words and sweet songs mixing the melting pot of the culture from all around here. All of the girls and boys born in the whore houses of the Red Light are fluent, much to the chagrin of most of the law-enforcement who can't understand a lick. Not that there is much of a police presence — only a satellite of protection, as corrupted as a hard-drive on the dark web. Dashiel turns the brim of his hat in his hands once, looking back from the frosted glass door which reads ' Detective Django Guile, Supernatural Investigations, By Appointment Only Please Call +00-3987210510 for the Service' before he stepped out into the start of his shift.

It was always dark, and mostly rainy in Bishop. Neon lights brought the only technicolor to a black and white city that never sleeps. On every fifteenth cobblestone, block you can find a Sunshine Parlor, where for a few credits you can get light therapy to chase the demons of depression away. The first ones popped up when the suicide rate hit thirty-six percent, an all-time high, according to the only news source that gets fed into the Red Light District. Now the franchises are everywhere, and each one is packed full of sad people looking for hope.

The third one of these chain-stores sits on yet another corner. This one, however, had been blocked off with a few police barricades. Six-foot-four-inch Dashiel stepped quickly over the dropping crime scene tape to enter the scene, giving a familiar two finger salute to the rent-a-cop standing guard.

"Oy, Ray-Ray. How to do?" Dashiel asked with a hand out to shake.

"Jut Fine, Djang-go." He replied, giving a clasped hand firmly. "We call ya, becau' it ain't on the normal, right?"

Dashiel nodded knowingly. "Sure, sure. Tell me then, anyone been in first?"

"Nawnaw." Ray-Ray shook his head in answer to the question, the official-looking hat swimming on his smallish head of short-cropped red hair. "You th' first."

"Thank ya for thinkin' of me." Gratefully, Dashiel acknowledged the kindness. "I gotta make that rent." A shared nod has him entering through the front door, smelling the ion-electric tinge of broken tubes of neon signs. On the edges of his tongue, he can taste the copper of bloodshed from somewhere inside. Astutely his eyes follow the grid of the scene before him. The place is seven-kinds of trashed but quiet except the whirring sound coming from the anti-mold fans hidden around the waiting room which were blowing their artificial fragrance of salty beaches and happier times. 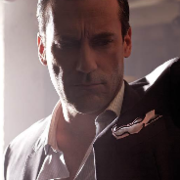 Thank ya, for takin the time to read.