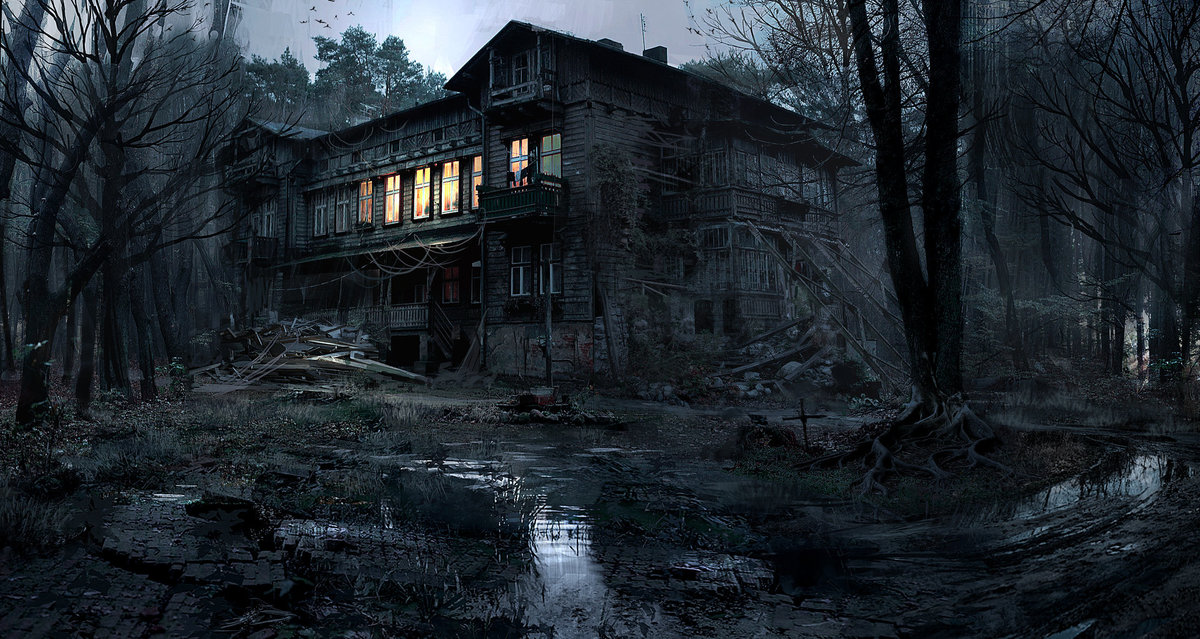 A car pulled onto a dirt road and cautiously drove over the broken bricks deeper into the surrounding woods. Marcus leaned forwards closer to the wheel as his eyes stared at the road cautiously avoiding larger potholes as his car maneuvered down the bending path. He then slowly came to a halt before a large rusted iron gate. Stepping out of the car and onto the muddy ground he approached the large iron gate to see a weathered “KEEP OUT” chained to the gate as well as various other hazard signs.

Marcus sniffed the air and could tell the magical aura coming from the property was still as strong as ever. He took a moment to meditate on the energy allowing it to fill his body and then he opened his eyes and gripped the chains binding the iron gate shut. With a simple wrist jerk, the chains snapped and fell to the ground. He knelt down and picked up the chains and threw them off the side of the road into the overgrown bushes. He brushed his hands together as his gaze returned to the large iron gate with a soft smile. With a simple push, the gate doors swung open allowing Marcus to get back into his car and continue on deeper into the property.

After a few more minutes of driving, Marcus stopped and his eyes widened. He had made it. The large cabin stood before him, or rather, what was left of it. He was rather impressed that the windows themselves had not been smashed in his absence. He turned off his car and got out staring at it in awe. How long had it been since he had been here? It was hard for Marcus to recall. But something about it was comforting. Knowing that the cabin he built himself was still here after all this time.

He leaned against the hood of his car and continued to simply stare at the home. While the magical enchantments did still seem to be in place, the enchantments never protected from the elements of the world. Or rather, Marcus was never able to figure out just how to get the enchantments to work against nature.

He let out a long sigh before parking his car closer to the cabin and tagging out his bags from the trunk. Walking up the sketchy wooden steps cautiously he placed his hand upon the door and opened it. Inside the cabin was completely untouched by the elements of the outside thankfully. He dropped his bags inside and took a slow nod.

“Home sweet home,” he said with a gentle smile as he closed the door behindhimself.