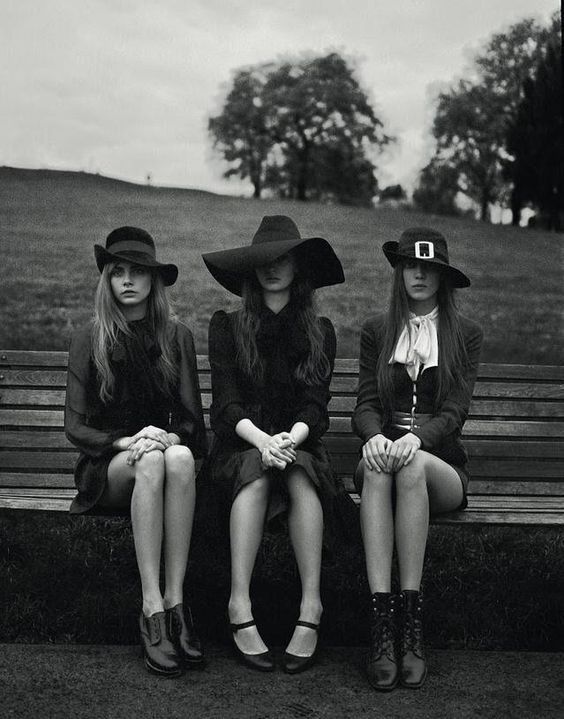 Her long red manicured fingernail tapped her glass unrhythmically. Why was her future the topic of tonight’s dinner conversation? Fallon exhaled ruthlessly before cutting the conversation into thirds, “I just don’t understand why we are even talking about this right now.” She knew she sounded like a child, and that the topic was important, but it still hurt to swallow. Like a big pill stuck in her throat. Her chocolate hues darted from one woman to the other, it was odd how all three of them looked so much alike, but the relation was nonexistent. In what world was she to be the oldest of the three, but both treated her like a child. This wasn’t fair. With that attitude, that’s why they do. Fallon rolled her eyes at the thought, bringing her gaze down at her finished dinner plate. She wasn’t going back to Sweden, nor leaving their little cottage. Especially without them.

The two continued to argue with each other, not acknowledging Fal’s previous statement. She brought her wine up to her lips, taking a sip of the bitter liquid. Fal hated wine. Lumin insisted, so that’s how it went. A comment halted the conversation abruptly with the stabbing pain of an angry remark. Fal wasn’t nearly paying as much attention as she should have, so when the silence drew longer, her hues looked from her plate to Lumin, a woman who never got angry, who never had a scowl on her face. Who now was staring at the third party with such immense hurt in her eyes that Fallon grew angry. Her hues darted to the third party as well. What did she say to upset Lumin? The woman’s mouth was pinched together with a frown, staring at Lumin with daggers for eyes.

“How is that fair?” Lumin breathlessly asked with a tone Fallon had never heard.

“It’s not, that’s the point, Lumin! Life’s not fair! You’re over here pretending it’s all rainbows and butterflies! Wake UP! Fal can’t stay here. Not with Kingston around. He’ll kill her if he has the chance.” Oh right… Kingston. The man who pretended to be an interest to get to her way of life, and prove that she was taking part in witchcraft.

“I mean I can just Hex him.” Fal pitched in to lighten the air. Lumin scowled at the idea, she was never one for revenge or to deal with dark magic. Fal grinned mischievously, lightening Lumin’s scowl a bit. She was a softy for Fallon’s childish games. Lumin shook her head,

“We aren’t Hexing anyone. But X has a point. You can’t stay here if he’s snooping around. He doesn’t know about us yet.” The end of her sentence almost sounded like regret. She hated the idea of Fallon leaving. She was the most powerful out of all three of them. She protected them. But she was too close with Kingston… She had to leave. Lumin’s eyebrows furrowed, creasing her forehead. Softly sighing, she held out her hand for Fallon to take, resting her open hand on the table. Fallon slowly took the woman’s hand, frowning. “I’ll go pack my things.”

“I know.” Fallon cut Lumin’s comment off snippingly. She exhaled and squeezed the woman’s hand. “I know.” She said softer this time. Lumin gave a soft smile before squeezing back then retrieved her hand from Fallon's grasp.
“Go. Before X and I start arguing again because I’ve changed my mind.” Lumin said before turning her body to excuse herself from the table. Fallon watched her wipe something from her face. She was crying. Fallon squeezed her eyes shut in guilt. This whole situation was all her fault. Sisters before Misters. Taking a deep breath, Fallon stood from her chair, the legs scraping against the hardwood floor and excused herself to her room.

She only had one packmule, so she had to pack lightly. Mostly shillings, crystals, herbs, her spell book, cards, and she would get food from the kitchen. As she was finishing, a soft knock came from her doorway. Fallon glanced up to see a small figure in the door, she took up maybe a third of the frame she was so small. So fragile. Her blonde waves glowed like a halo with the light of the hallway behind her. A shadow cascaded across her face, but Fallon knew there was a look of worry on Lumin’s angel face. Fal sighed, pausing the shit pack-job she was attempting and held open her arms as if beckoning a child to embrace after a nightmare. That’s what it felt like to Fallon anyway. Lumin’s face pinched in pain before rushing forward and clung to Fal’s waist. Her face buried into Fal’s neck. Soft sobs came from the baby witch while Fal hugged her tight, cooing her to calm down. Her hand came up to her head and kissed her hair, “It’s only for a few weeks. Like you said, I’ll be back in no time. I have a few things I need to take care of.” Now Fallon was the mother, like she was supposed to be. Lumin took a few minutes to calm herself in Fal’s embrace. Kingston was going to pay. Taking Fal away from her coven. Her family.

With a much needed deep breath, Fallon loosened her hold on Lumin. It was time. Fal looked at the blonde, she was only a few inches shorter than Fal, but it’s hard to believe they were all around the same age. Incredible. Fal smiled softly, she understood what she had to do. Maybe Lumin doesn’t believe Hexing is the answer, but Kingston needed to be silenced. After that, she was taking all three of them far away to live in peace. Fal kissed Lumin’s head again before turning for her bag and walked passed the blonde and towards the door, she stopped at the kitchen table, staring at X who hadn’t moved from her position since the argument. She looked identical to Fallon. Same eyes, hair, height, and attitude. Her arms were crossed and she stared at the wine in her glass that was barely touched. Fallon watched her for a few seconds, wanting to say something, anything, but the words wouldn’t come.

Instead, she turned away, heading towards the door. As she reached the doorknob, she heard a low, femanine voice over her shoulder, “Think of me in your time of need.” The words dripped off the brunette's tongue like a fluent language that Fallon knew too well. It was what she would tell the girls when they were scared or she needed to run into town for supplies.

“And with that comes great courage.” Fallon responded with gritted teeth. Her eyes pinched shut before she yanked the door open and shut it quickly behind her. Before walking to their one stable to find their one and only Mule. She used him for town runs. But now she was running for her life. For their lives...

Views: 52
E-mail me when people leave their comments –
Follow