They once worked together, and were on the verge of becoming involved. Sandra about to tell him she had loved him when she was suddenly forced from him, not knowing it was an lie from Ra's that forced them to part and so she tried to forget about Jeremy until somehow fate intervened again and both she and Jeremy had the same target where she soon learned the truth of what had happened. Behind his ambitions 100% he is Her King and she His Queen, and together they rule the League of Assassins. Helping Jeremy on becoming the next Ra's Al Ghul, and she is Right Hand as well as an equal leader. 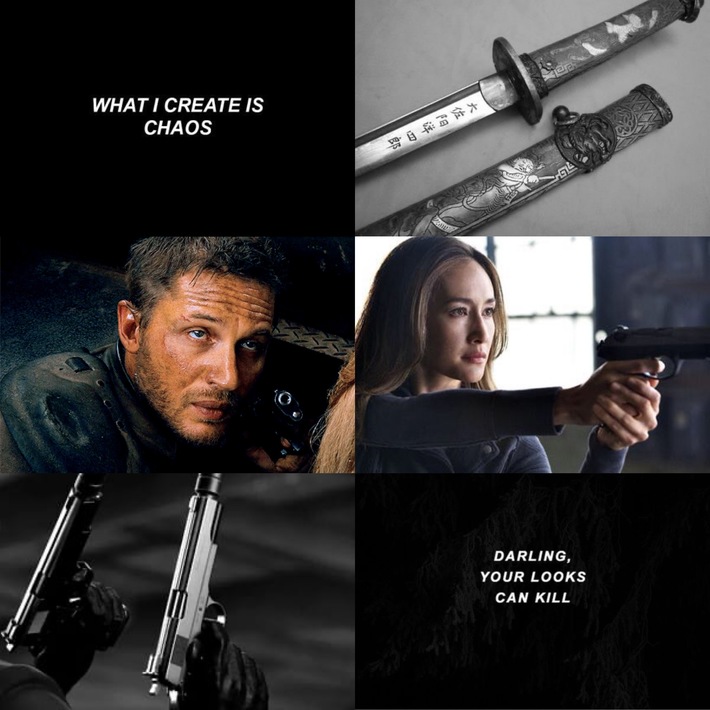 In some aspects Carolyn could be Shiva's first teacher, both sisters had the innate ability to read body language, and create an intricate dance about it. In devotion for her sister she held herself back to allow her sister to be the best. Carolyn was killed and her murder started Sandra on the path to lead her to Lady Shiva.

An ultimatum set by David Cain, one that intrigued Shiva and she agreed, though hardly having an choice while surrounded by many members of the League of Assassins before her own association with them and her own mastery of martial arts. Have an child with him, leave the child for him to train, which she did and didn't look back. Figuring the child might be the one to finally give Shiva the death she so strove for many times. Many times they fought, Cassandra gaining the upper hand once and left Shiva hanging from an hook over an Lazarus Pit, because she refused to kill..

Childhood friend of Jack and James Ryan and interest of Natalie Ryan..

Willian Don Ryan aka Will /Alive and Well/:

Her loyalty freely given she has become his Right Hand an an High ranking Leader within the League of Assassins, and one of the few with knowledge of where the remaining Lazarus Pits are. Though every once in awhile she goes her own way she always returns to the League and to The Demon's Head..

However after learning of the truth behind his actions to separate her and Jeremy she has distanced herself from him and helped train Jeremy in the Challenge to become the next Ra's Al Ghul.

One of the few that Shiva respects, and though as they are sometimes enemies she sees something in him and it was enough for her to devise plans to train him when he came to her for aid after Bane broke his back. Wishing to get him to break his no kill rule she tries to trick him but so far she has ended up the one tricked not that she really minded..

Dinah Lance aka The Black Canary:

Impressed with Dinah's fighting skills the assassin offered her an once in an lifetime chance, become her Apprentice. Dinah had agreed under one condition, if she did the Shiva had to serve on the team The Birds of Prey. Knowing it was trying to reform her Shiva agreed anyway, reluctantly taking on the name Jade Canary. So Dinah left to the beginning to where Shiva started, often getting letters in the mail for special moves ie: kicks, punches and leaps. Also diet plans and also exercises to practice. In the end though Dinah left, knowing it wasn't for her but the two parted on amicable terms and Shiva is interested in gaining her back..

Their meeting was also by chance, both working against King Snake she meets Tim Drake then as he fights the King Snake's criminal organization called the Ghost Dragons and viewed potential in him and took him on as an student. Also offering that she would teach him in an single weapon so may gain mastery status, though not thrilled of his choice in an bo staff but she teaches him anyway. He excels so well that he defeats her in an sparring match using his bo staff, and for an gift she gives him an collapsible bo staff..