#1: All my writing will be done in blogs,  so I can keep track of who I am writing with easier.

#3: I write storybook style and in the Third-person.

#6: I am not a grammar Nazi,  however,  I  don't want to see text talk,  or overly misspelled words, when writing with me,  use spellcheck.

♡ There will be talk of slavery.

♡ There will be talk of abuse and torture

♡ There will be scenes of blood

♡ There will be a lot of horror, gore, and 18+ Roleplays and Drabbles.

"Freedom At Last!"  ♡  No Participants

Human form:  Katrina, as she is called in her human form, is a blue eyed,  blond haired female with a lean figure. She loves to "shop" (steal) and get expensive things. Has a bunch  of scars all over due to the abuse she endured while in her cat form.

Cougar Form: Maleficent as she is called in her Cougar form, has a bunch of scars, from being abused and tortured. She is tan and has green eyes, short fur,  some missing on her sides and legs.

As a human she struggles to stand up for herself. To show dominance to others.  She is scared and may lash out at you or cower,  depending on the situation.

As a Cougar  she is totally submissive and will obey her "Keeper",  the person looking out for her,  out of training when she was a slave. She was trained to obey orders, no matter what.  If not she was punished,  so she fears being punished by her "keeper".

She likes listening to stories

She loves hunting and killing

Katrina loves pink as human and red as Cougar.

Likes doing what she wants, wherever she wants.

She hates being abused

She hates people, mostly hunters or those who are abusive to others

She hates being alone

She hates being restrained and restricted.

.  Location: Ariel, Washington (Previously) » Woodland, Washington (Currently) » Many other places due to her Collar.

. Member of a Royal Cougar Pride (Riki Pride). (50 Centuries ago)

. Ex-Slave to an Enemy Cougar Pride (Hel Pride)  (Liberated  by an unnamed Witch) (50 Centuries ago)

. Lived with the witch and learned the ways of being human and Witchcraft. (55 Centuries ago)

.  Living on the streets Stealing and killing,  just to survive.  After the witch is murdered by the Pride,  Katrina runs for her life and ends up in a huge town.  There she lives,  wherever she can,  alleyways, brick over hangs,  bridges and sometimes sneaking into a room of someones  house.  (Currently)

.  Future  she may look for the remains of her family or meet someone who takes her in and helps give her a purpose to live. They will also teach her to be more human and helps her adjust to life as a human,  a free human.  All the while helping her to control her shifts and impulses.

She may travel as well to other places thanks to her collar,  which is magical allowing her to travel wherever she wants to go.

.  Mother: Freya Riki (Dead: Died in childbirth,  as she gave birth to Katrina,  during the war)

.  Steel metal necklace, locked around her neck. (Slave Collar) imbued  with magic,  allowing her to use magic and go places in other universes and realms.

.  Shapeshifting from human to Cougar  and vise versa.

.  Healing fast from wounds unless it is done with iron,  sulfer and fire, then  it will leave her permanently scared.

.  Super speed -As an immortal she is able to run super fast

.  Super hearing- she has super hearing,  able to pinpoint someone or something from a long distance.

.  Super reflexes -  She is able to move faster than you can blink

Name: Not giving out

Started by 💓 Cougar Shifter 💓 in Looking for Roleplay (Out Of Character)

Started by 💓 Cougar Shifter 💓 in Out of Character Randomness and Other 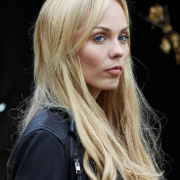