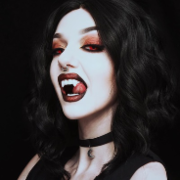 “Living is something that can be exhausting, I just so happen to be free of that burden by being undead”

December is a tall woman with pale skin and maroon eyes. Her hair is an onyx black colour, reaching down to her waist. She usually wears a black shirt and a red leather jacket. Sticking to black jeans aswell as black cotton gloves and combat boots, for tactical usage but mostly just for style.

December is energetic, bubbly and overall just confident. Those would be the first impressions from a far though, upon closer inspection she has an air of mystery to her, almost as if she knows more than she lets on. She never acts like she does though, despite her mysterious and somewhat intimidating aura, December isn't the most serious person, often making the silliest mistakes and putting herself in trouble. But when the situation calls for it she doesn't even seem like the same person anymore, her serious side is one that is encompassed by her mystery and one that isn't shown all too often. December is also very blunt, she always speaks her mind no matter the situation, her inability to hold back her tongue is also something that has gotten her in trouble more times than she can count, though she's made a swift escape each time. Her bluntness is a byproduct of her arrogance, she holds herself to high esteem and as such she sees no reason to hold back, even when she very much should. Self-confidence is by no means a bad thing, but to the level December has of it can lead to more bad than good. All of that considered, she is just a fun person to be around and a valuable ally in the most dire of situations, slightly obnoxious but not unbearable.

*Humans. She often seeks to guide and protect the humans she meets, seeing them as friends rather than food.

*Blood. As a vampire, of course she'd like blood, it's her main source of nutrients, A+ is her favourite bloodtype, she'd say it's "the sweetest kind".

*Drinking from live sources. Despite needing blood to live, December doesn't like harming others, so unless they are completely sure they're okay with it, December never drinks from live sources, opting rather to buy blood from blood banks that readily supply blood, or literally any place she can get blood from where the donors are willing to give.

*Werewolves. She is absolutely terrified of them, the reason is one she refuses to elaborate on, something to do with her past it seems but she just cannot deal with them, hence the weapons she always carries.

Shrouded in mystery, the only bits of information openly known about December's past is the land which she hails from, being a native of one of the vampire colonies within the mortal realm, specifically the one located in Germany. December herself has never disclosed anything else about her past to anyone, perhaps someday soon she'll meet one who can break past the wall she's built around her past and allow her to open up enough to reveal her origins.

Hello there! You can refer to me as Cosmo when in OOC. As of writing this I'm pretty new to the site, I just wanted to drop a quick  introduction in the profile. Currently it's still heavily WIP as I'm still working things out but I'm looking forward to being able to rp here! I'm not too active as irl stuff gets in the way often, I disappear alot and am often busy but I'll try my best to be here as much as I can! I still have alot of work to do so I'll update this once I actually get my bearings. 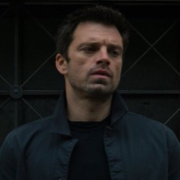 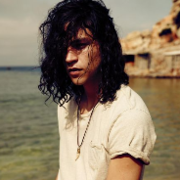