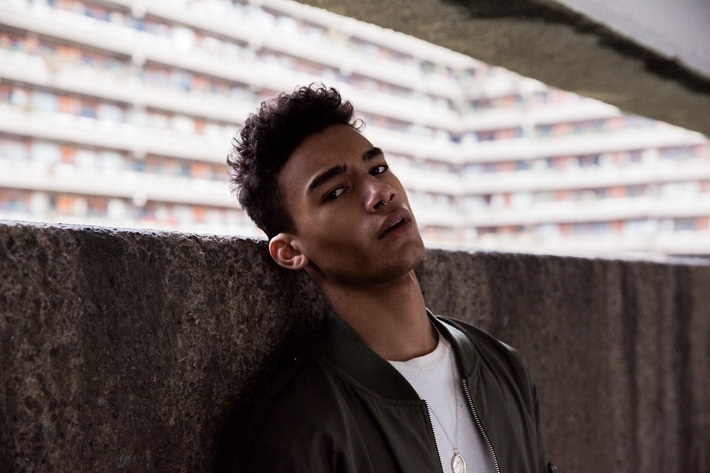 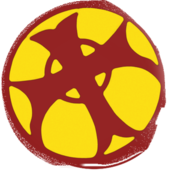 .A//  Novice of the Society of Leopold Uriel knows very little of his Egyptian heritage, only that his mother was Egyptian.. and he can barely remember what her face looked like before the incident.

He's never even been to his homeland before, and his so-called father, Inquisitor-General in charge of the Society as a whole could hardly afford any time away from his duties to teach him about the 'nuances of a dying, unimportant culture' in the Inquisitor-General own words.

He was raised by a number of lower ranking members within the Monasterio di San Michele in Rome, by modern day scholars and self-appointed champions of the Societies holy cause.  That is, to cleanse the world of all supernatural life before the Parousia.  Before the Second Coming.

It is expected of him, as a descendant of numerous Popes that have been leading the fight against the Adversary's unwitting army upon Earth since 1231, to abhore and despise the Children of the Night with everything he is, to be glad to take up arms and give his life to the cause.

But he's only gotten more open minded the older he's grown, and no matter how hard he tries, he cannot hate entire races for simply existing.  As it is, he won't take up arms against someone he doesn't think deserves it-- human, or otherwise. 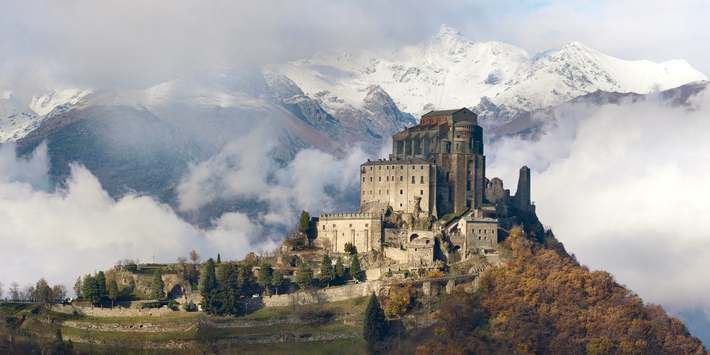 The Monastery of Saint Michael, the Archangel became The Society of Leopold's main headquarters in 1486, after an internal reformation spearheaded by Uriel's own ancestor, Pope Innocent VIII.  It is located within Rome, overlooking the Vatican from the peak of a mountain.

It has been standing in near perfect condition since it's creation in 966 as a fortress, built upon an old military stronghold-- a well used one, at that.

It it surrounded by high walls and equipped with a slew of modern security systems like surveillance cameras, turrets, and of course, the Condotierri; an order that consisted originally of the mercenaries that fought alongside the early Inquisitors against the Children of the Night during the 15th century.   In modern times, they're a quasi-military order made up of highly trained body guards and protectors, whose main role is to protect the members of the Society.

There are three buildings housed securely within the Monastery's high walls; the Aedificum, containing a glorified throne room, a great library with numerous ancient texts and scriptures -- religious, magical, and otherwise, and the Reliquarium on top of that, where some of the most dangerous and holy relics are safeguarded around the clock.

Then, the Bascilla Houses that contain the remains of their Founder Leopold von Murnau, and remnants of every Inquisitor who has ever served and died for the cause.

The final group of buildings are the cloister houses-- that's where the the day-to-day Witch-hunters train and study within the Monastery.  That's where Uriel was born, and raised.  Twisted into the holy warrior he is today by the Abbe, Alonzo Renzi.  He has spent most of his life in Italy, but has recently traveled to America in order to perform an auto-de-fe in the name of his Society.

"In the name of the holy and undivided Trinity, Father, Son, and Holy Ghost."

These are but a few of the sacred tenants upheld by the Society of Leopold in their holy war against all things wicked of spirit, in accordance to their Faith.  They believe, above all things, that they are alligned with the Grace of God, and are therefore his literal army upon Earth.  This belief has turned out numerous fanatics and zealots.. but there are those among the Witch-hunters who see it as the only path to a brighter future, one where humanity has a propserous future, where they're more than prey or playthings for the forces of darkness-- which is in itself a very real threat.  Like Uriel, there are those that walk the path, unsure what to believe in, or who to side with.  According to the Society, though? There is only one path, and one feasible option--besides death.

Canon I. If any member of the Society forsakes his duties, either through negligence or intent, let him be anathema.  While the provision of general failure or error is allowed, the Society views the Inquisitor's duties as sacred and binding.

Canon II. If anyone disobeys the decisions of the Inquisitor-General, or his Provincial, or his Abbe, or any other member of the Society or just authority, let him be anathema.

Canon III. If anyone disbelieves in the reality of the Prince of Darkness, or that his children walk the earth to torment and harass the faithful, let him be anathema.  Such apostasy is contrary to the truth of the Society.

Canon IV. If anyone believes that Salvation is open to the children of the Enemy, or that they are deserving of the mercies of the Church, or the Society, or is in anyway an adherent or a sympathizer to the Florentine Heresy, let him be anathema.  Such apostasy counteracts the good which the Society has done on Earth.  He shall be branded traditor and will be deserving of the most severe punishments and penalties, without hopes of penance or forgiveness other than by God.

Canon V. If anyone is disloyal to the Society of Leopold, or reveals it's secrets to outsiders, or sides with the enemy of the Society, let him be anathema. 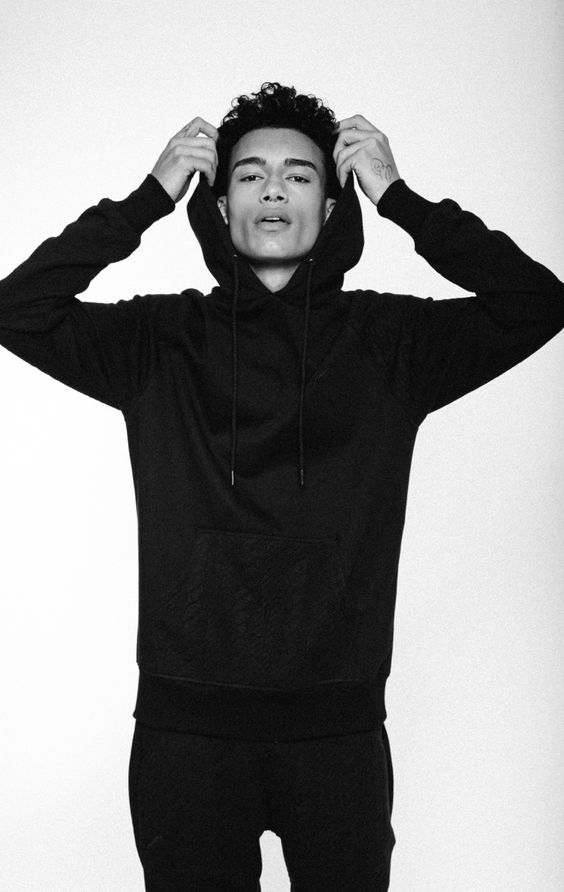 Uriel is unique-- even amongst his own kind, whereas others within the Society are fully aware of the existence in the Otherworld, and adept in the ways of beating it back, he carries with him something of a spiritual handicap, giving him one hell of an advantage against most, if not all inhuman creatures that exist in the world.

There are many like him in the world, many who do not even know of the gift they carry, old ladies, and children, and the rare Priest.  The gift of True Faith-- not necesarrily in God, but in something greater than themselves, something out there protecting them from the darkness of the world.

Not even the Society fully understands these blessed individuals-- but they are considered (in most cases) to be just that-- blessed.  True warriors in the fight against the Adversary's army upon Earth. Do not doubt, however, there are those even within the Society who view those with True Faith no different than a magic-user, spitting in the face of God.

Whether it is magic, generated through the user in times of duress, or something they're drawing from the enviroment themselves, or perhaps, indeed, a god watching over them, no one knows for sure.  It seems impossible to tell, but the potency of ones True Faith seems to depends on the strength of their belief, which will in turn change how it effects the people, or creatures around them.  (The most popular theory among mages is that True Faith is an ancient magic drawn from an external source by the users own will.)

Vampires/Undead - In theory, one could drink from Uriel.  However, it would probably be a very unpleasant experience -- his mere touch causes the undead to recoil in pain, as though scorched by the light of the sun.  Beyond that, he is immune to their powers of mind control and seduction, at least in so far as every Vampire he's ever come across. (And they do try to always manipulate him.  Always.)  With prolonged contact, he can cause an Undead to feel a bombardment of emotions they might have never felt before-- self-loathing, guilt, disgust.  If unable to escape his grasp, they will be overcome with burning pain, unable to do much more than squirm on the ground begging for forgivness and protection from the "light."    Vampires have alluded to seeing a fiery golden halo surrounding his aura, which is usually more than enough reason for them to steer clear of Uriel.

Werewolves/Garous/Lycans - Much like with a Vampire, but thankfully without needing to touch them, Uriel is able to turn their murderous intentions (if any) back around on them, instead, causing them to feel guilt -- a shred of their own humanity.  He can even sooth one of the beasts in the midst of a frenzy and cause it to return to it's human form -- but for that, he would need to touch them. (Untested.  For obvious reasons.)

Spirits/Wraiths - Literal canon fodder.  Even someone without Uriel's powers can banish a spirit from their house with just a little will.  Some intention can even ward ones home permanently from these pesky little buggers.

Mages/Sorcerers - He can sense them, pick them out even in a crowded room, but beyond a sense of something "more" that's pretty much all his radar picks up.  His mere presence will disrupt a magic-users innate-energy, however, causing even the simplest of spells to go drastically wrong.  When magic is directed at him, depending on the levels of it, it'll normally soak into the air around him.  His "Holy wards" he calls them.  He can banish anything summoned from another world with relative ease, but he's far from immune to magic -- he just has a very good natural/spiritual defense against it.  In fact, he knows next to nothing about magic that doesn't start with 'the' and end with 'urgy'.

Demons - They're really no different than any other creature that Uriel has encountered, albeit far more powerful and probably far more deadly.  His mere presence repels them and offends them, weakening them-- but also enraging them.  Like with a Vampire, physical contact with Uriel will cause a demon of any ranking great spiritual and physical pain.  And like with a Sorcerer, he can provide a sort of natural countermagick to defend him from infernal magic and illusions, all while working on banishing the fucker back to Hell or whatever other dank pits houses demons.

"Uriel slipped into the town without any issues, and as he walked the quiet streets-- he understood…"

"He was the tiniest bit envious when he thought about how easily Dolai moved through the woods; with…"

"Uriel found himself staring into a pair of light grey eyes-- weighted with a tired glare.  The same…"

"Through the constant drumming of the rain, Uriel could just barely make out the sound of cicadas bu…" "Sorry guys, I know I'm falling behind.  I've got time to write come monday and tonight after 10 PM,…"

"He found himself staring into amber eyes-- for just a brief moment.  Long enough to figure out he w…"

"As they looked at one another, Uriel found himself almost desperate to remove himself from the woma…"