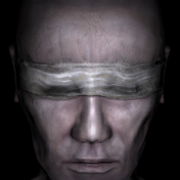 IDK what this even is i just discovered this

Their human appearance looks like: maroon eyes with long yellow hair, is 4'8 is usually wearing something comfortable like a hoodie. their anomaly appearance: Transparent, almost invisible, eyes have been blindfolded, pale white skin, no hair.

its been 50 years since the anomalous field stabilized the entire world... my powers have been nullified. I can't summon the walkers anymore.... it's been a while since I went dormant... LEMME EXPLAIN: this person or thing.... is a test subject! its been a secret military experiment for about more than a hundred years, being funded by the government. they've been tortured, drugged, gassed and etc. but one day the humans left a tiny..... little hole in a wall. turns out. someone escaped and they were chasing him. i took the opportunity and busted out with brute force. and i made it. to the human world, ready to be free. but they sent out mercenaries to hunt me down. of course, they were useless. they died immediately. so i spread the anomalous field... i was kind of being manipulated by.... never mind. ANYWAY so they sent. more and more and more mercenaries. soon after... they finished construction on anchors, it was a big heavy metal box with some particle physics, i don't know what the heck is in there BUT summary of that is: they launch it, they reset it from time to time and then the anomalous field will go POOF. technology is harsh for non-humans. the will of the #%@*!&*%#$, was absolute to me at that time... Im still confused why that even was...... after the worldwide construction... my abilities nullified and all i can do now is pretend to be human. but I decided to hibernate here to get used to the field before trying to mask myself. I just woke up... (this character is inspired by the game The hidden: Source and/or Anomalous Activities)

Anomalous Activities: The result of experimentation your organs have been replaced, barely making you human. Many of which have been collected from other failed test subjects. giving humans negative side effects but giving you power. of course there is a catch. use it too much and the designated organ ruptures. pretty simple.

Im pretty new to writing or whatever... i just found this website? and im looking for hobbies so im trying this out... thats really everything interesting about me.