Before You Interact/ Guideline

Hello! My name is Tessa and I am a 23-year-old college student who works a LOT. Please read these before you interact and stuff with me. ^^ Thank you!

((UPDATE: THE NADIYA, DEIRDRE, AND MULTI-CHARACTER BLOGS ARE ALL ON PERMANENT HIATUS. I WILL SEND MESSAGES ABOUT THEM ALL SOON ENOUGH))

If you want to contact me through other social media or whatever, just ask! I love chatting with folks. ^^ Thank you for reading! 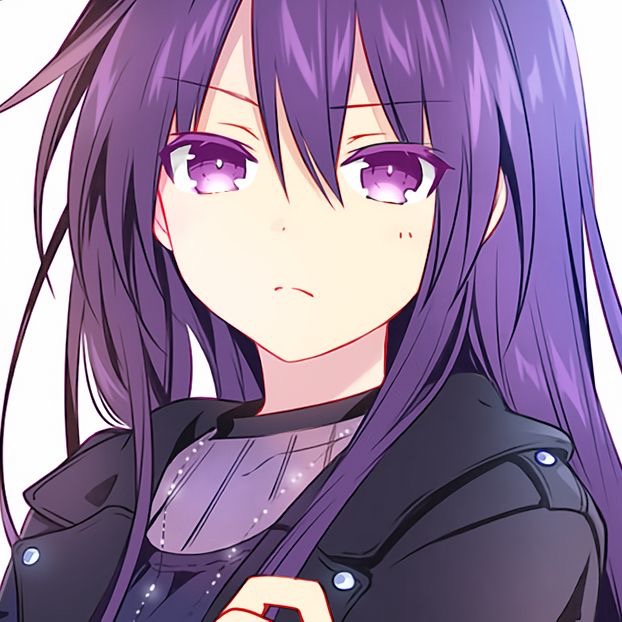 (Very few are allowed to call her by her first name, so she mainly goes by Tokemi)

Tokemi is able to feel the emotions of others around her. Already, she can sense the feelings of others, but when she touches a person she can nullify or pacify their emotions.

In turn, she takes in the emotions of the touches individual. The stronger the emotion however, the harder it is on Tokemi.

If she is not careful, she can overwhelm herself and/or accidentally strip the individual of their will and turn them into a blubbering mess of emotions.

Tokemi mainly is someone who keeps to herself and remains distant from people. Most believe it’s because she doesn’t have time for friends, wants to simply excel in everything and doesn’t want anything or anyone in her way, or simply because “she’s too good for friends”. While most see her as this cool and mysterious figure, Tokemi simply does her best to push people away to keep them from getting close to her due to the fact that her quirk makes it easier for her to be overwhelmed by the emotions of others.

While she had taken herself out of most social interactions, Tokemi has become skilled in observation and perception and if she had not decided to become a hero, she most likely would have been in law enforcement as a detective. She does however deep down wish to have friends and family around, but simply is too scared in fear of being overwhelmed by their emotions.

To cope with her quirk and it’s backlashes, she does tend to listen to music and absorb herself in the lyrics of different songs. To Tokemi, her quirk is simply impractical and almost useless but also a necessary evil to fulfill her obligation of being a hero. Above all else, this is why she tends to excel in all fields she can be in- from academics to physical exams.

Despite what she wants and how she feels, she simply feels it is better to push others away by any means she can without hurting someone too badly. If one understands her quirk enough and is persistent enough, they may be able to see past the outer shell Tokemi has. Mostly, she remains quiet and sarcastic but when she starts getting more overwhelmed or begins letting her vulnerability show around trusted people, a wider range of emotions can be seen.

In truth, Tokemi can be a great and hopeful leader as she does occasionally let her more nobler traits shine. During critical situations she can provide a great source of strength and hope for those afraid and feeling alone. It seems that a lot of what holds her back are a lack of control and fear, just like everyone else.

Riko Tokemi was the youngest child of a family with two elder siblings (a boy (Toshio) and girl (Minako) ) with her mother (Aiko) and father (Hiro) and all was well in the quirk-filled home. Hiro had the ability of empathy to where he could feel the emotions of another and ease them of them if necessary as well as project his own emotions onto another. Aiko had the ability to take another person and make them appear a better version of themselves/what the person wanted to look like and in turn called this quirk "glamour". Toshio had inherited a mix of both quirks and had called it the "wish" quirk where he could feel what someone else felt and add some "glamour" to that person's life to make it better. Minako had inherited her mother's quirk of "glamour" but only to make herself appear as a better version of herself/ how she wanted to where it almost was like shifting her form.

Riko however, had inherited her father's quirk of empathy to where she can nullify or pacify one's emotions and take them in with the price being that she absorbs whatever emotion they have. The stronger the emotion, the harder it was to deal with it. When taking in those emotions though, it seems like a bit of her mother's "glamour" shines like little sparkles of light.

For ten years after Riko had been alive, all seemed to remain well until her father had been in a rescue mission with a band of close friends where a nasty accident occured and the group except one of Hiro's comrades had died and returned to the home to give the bad news. The year after, came another danger.

During a winter night at home, school had been out and a nasty blizxard had come in and no one dared travel outside of their home except a lower and lesser known villain that had broke into the home when everyone was asleep. After hearing commotion in the house, it would be Toshio and Aiko that would investigate to find the villain and try to apprehend them. Aiko did not do much to help and when trying to call police, it didn't seem to do much either. Toshio had tried using his quirk but could not get close enough to the villain to make contact and the confrontation would awaken Minako and Riko.

Minako would take Aiko and Riko to try and hide while Toshio would try to use his quirk but nothing seemed to work. Each time he would try to get close to the villain, they would step away and unknowingly would get closer to Minako, Aiko and Riko. Riko, who had looked up to heroes and the amazing talents they had, felt the fire of trying to save the day and help her brother. She would sneak away out of hiding despite her mother and sister's pleas and would go to tackle the lowly villain, trying to use her quirk.

In the child's eyes, she believed her quirk could help save her family and for a moment, it seemed to do just that. Yet the emotions from the villain had been quite strong and little Riko had not mastered her quirk just yet, causing her to break down and lose control and accidentally overload the villain as well into a fit of rage. Aiko would come out of hiding now to try and help one last time but be killed in the blind rage. Seeing the gravity of the situation, Toshio would grab Riko away from the danger while Minako remained hidden and sneaking off to get help from their neighbors as quickly as she could.

Toshio would not last much longer as the blind rage would be turned onto him and would only last until their neighbors could make it and help apprehend the villain, dying from the savage rage while trying to reassure Riko that everything was okay.

That night, only two members of the Tokemi family would be left.

Ever since the incident involving the villain. Riko has shut down more and had become focused on becoming a hero. Despite feeling like her quirk is practically useless, she bluffs her way through school and does her best to excel in everything she does to make herself closer to becoming a professional hero. In her eyes, her quirk becomes an obligation of being a hero to pay for the mistakes made from her childhood.

For years, Riko would become distant from friends and even her elder sister that still was alive in fear of feeling their emotions and becoming overwhelmed again and focused more on her future. After scoring high on numerous tests and even scoring well int he entrance exams for U.A., Riko would begin her journey to become a hero.

Despite not having a "hero name", Riko looks at this as an advantage and for now simply keeps her name as Tokemi for almost everyone but a very few select individuals. Finding it difficult to socialize with other students, she had been given the position of "teacher's Aid" and helps out whatever teacher or office staff needs her- especially in her final year of U.A.

Currently, Tokemi juggles as much as she can while working as a Teacher's Aid and help subtly shape the future heroes coming to U.A.

FC is Tohka Yatogami (mostly). She is 5'5" and is on the leaner side of build.

Tokemi is able to work like an empath would where she absorbs the emotions of others. She can nullify and pacify others emotions but in turn, will take them in. The stronger the emotions, the harder they are on her. If not careful, she can get overwhelmed by the emotion and/or drain the person of their will and make them a blubbering mess.

I am surprised none of you are sick of me here since I pop up every once in a while but hi! I was formerly known as Story but finally found the name I liked: Tessa. I am 22 years old currently working and going into EMT classes so I am usually quite busy. I lost inspiration for my other accounts on here but will keep them around for memory sake. I also rp on Twitter with the same @QuirkinEmpath as Tokemi.

"Hey! as of 11:29PM EST I actually saw the CSS bug announcement you made and followed the instructions and it actually fixed the problem so all is good now. :D Feel free to ignore my message."

"Heyo!  I actually saw the announcement of the CSS bug and when I followed the instructions it actually fixed everything. Thanks so much for the help Valkyrie. <3" "Okie dokie! I will try to screenshot what I’m talking about when I get home from work tonight. That’s neat to see a site that lets you record videos and take screenshots! Thank you. ;3;"

"Hi there! This may be an old thread but maybe someone will see it and answer? When I try to paste a URL for the background image I want, it keeps putting the actual image as if I copy and pasted the image and not the link. Is there any way to get th…"