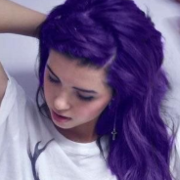 varies by roleplay genre default is 19

5'5 Light Olive skin, Obsidian colored hair that goes up a little past her ears, large hazelnut eyes. She tends to wear one color as her "Aesthetic" or so she claims but the reality is she doesn't own any other clothing in any other color besides light grey.

When she Opens up to you Ru Won can be very Friendly and even make some jokes about what's happening. When she's first meeting you; she may seem cold and scared, but that that's only because her experience with meeting anyone new has been poorly received.

Reading about Historical Events, Antiques, Museums, She loves fantasy movies and would nerd out to the highest extent of her knowledge. She Adores Acting and works part-time at a community theatre directing Holiday extravaganzas and local plays.

Her father, Her older sister, All of her mother's boyfriends. "Nice Guys", Narcissists, Anyone who creates drama without a good reason. She has a strong distaste for anyone named "Desteny" or "Mimi" and she will not hesitate to treat that person with that name more different than someone without that name.

Abandoned at 6 years old by her Father, to be raised by Her Mother, and Her Older abusive Half-Sister, and many of her mother's Boyfriends who come in her and her sister's lives as soon as they enter; Ru Won has carved herself for survival. Afraid to follow the path of who she really is as a person for fear of ending up like anyone in that run-down family of hers.

I'm improving on my time-management skills hopefully and I'm a Part-time college student. I still have to help around the house and stuff but I want to be active in a good roleplaying community because I haven't been in the best ones (multiple platforms).