Bleeding heart and an Artist

Solomon Lumbarde was born somewhere within the mid fifteen hundreds. Third of a total of twelve children though only seven made it past their tenth birthdays. The family like many of the time were poor, deeply religious and incredibly strict. All members of the family would have to work from a young age, most helping out at the local lumber mill. It was heavy, tiring work but it had one perk; the owner's daughter.

Around the same age as Solomon the two were infatuated with each other from the very beginning. Susanna was a fair skinned young lady with golden locks tied back always so perfectly with a green ribbon she treasured, she was Solomon's ray of sunshine through rainy days. In the beginning they said little to each other, only sharing a gaze and a smile. A bunch of flower picked with care broke the ice, after that the two were practically inseparable.

The two married at age sixteen after the blessing of Susanna's father. It took the two four years to conceive a child but she was the spitting image of her mother, golden locks and fair skin with eyes of ocean blue. The two named her Alice. The small family soon inherited the lumber mill from Susanna's father whom passed during Alice's second winter. For the next few years life seemed to become easier. By no means were the two well off but they had enough not to struggle paying for food and clothing. Susanna grew pregnant with their second child, life seemed perfect. 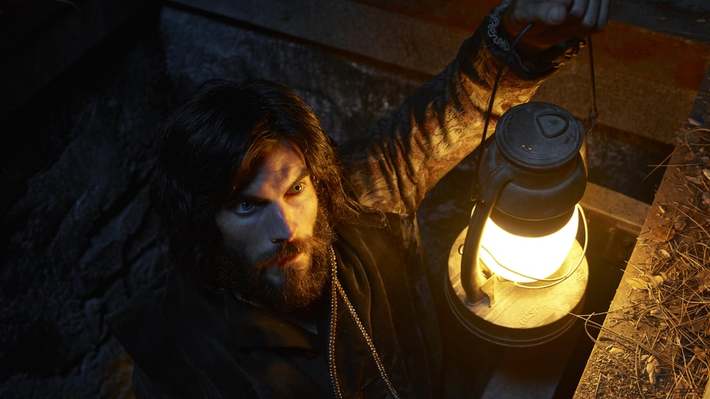 A new man had come to town seeking work. He introduced himself as John. Fit and strong, Solomon decided he was the perfect candidate to work the mill with him. The mysterious stranger convinced Solomon to keep the mill open during the night to which he will continue the day's work meaning increased productivity and more money flowing in. With a light shrug and a nod Solomon agreed. Whenever the other workers left for the day John would appear ready to continue the work alone at night.

Several weeks passed an as promised, more lumber was processed that ever before. Solomon and John quickly became friends with Solomon often spending an extra hour after his day ended to talk with John. It was one of those nights Solomon returned home to his worst nightmare. Blood soaked the floorboards all around the house and when called nether Susanna nor Alice would answer. Solomon dropped to his knees and sobbed as he found the corpse of both his pregnant wife and daughter in a bloody mess dead in the next room. Who could have done this? Who could have possibly had it out for a humble family running the mill.

Solomon was arrested for there were no other suspects. The guard concluded he was spending less and less time with his family, he must have wanted to simply get rid of them. There were no other suspects, no other motives, what else could it have been? Solomon didn't protest it, simply sat in his cell in silence, his hands and feet shackled, waiting for his execution. John visited Solomon while rotting in his cell waiting for his demise and conveyed some information that gave the bereaved some hope; He knew who had committed the crime and the guards had been bribed to pass on the blame to the husband. What could Solomon do? He was behind bars, a guard waited just down the hallway. John offered a solution, magic of old gods. Solomon would be able to pass by undetected, his name would be cleared but only if he trusted John. With little other choice, he agreed to his friend's proposal drinking his blood through the bars. John wouldn't see the sunrise, falling unconscious within the next few hours. Sweating profusely with a heavy fever. John allerted the guards and left Solomon to 'die' in his cell.

Solomon awoke amongst a pile of corpses. Cold, clammy and dehydrated. The stench was overpowering and never one he wishes to encounter again. Crawling from beneath several newly decapitated bodies Solomon dragged himself out of town, into the woods. Head spinning he merely collapsed into the leaf litter where he was shortly found by John and taken away, out of sight of both the townsfolk and sunlight. It was there John finally explained himself; he was a vampire. A creature of the night. A magical being with strength beyond that of human capabilities though with a price. Blood. Solomon was reluctant to the idea but his need for revenge for his family was enough to push him forward. 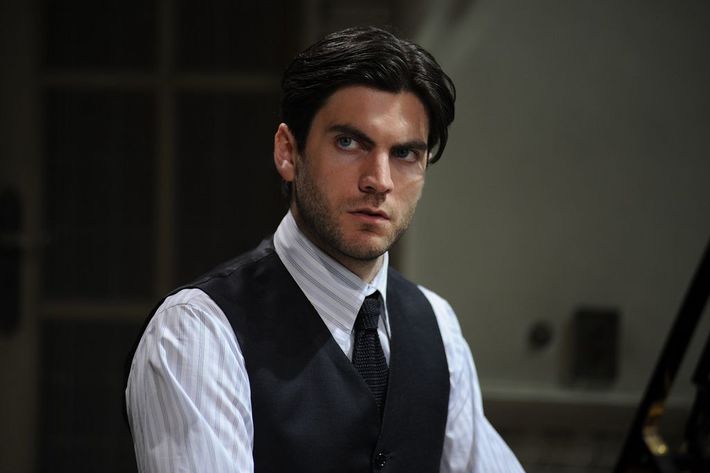 Several people were murdered, drained of blood and left to rot where they were found just as Solomon's family were. Nothing would satisfy the man, Solomon forever felt empty. John offered comfort and a shoulder to cry on during the time, soon growing closer than friends. John seemed to be the only one to understand Solomon and eventually the two left Solomon's home town to a wild world of mystery. Years went by like they were minutes. Life wasn't perfect, but it was manageable. Kills meant little to the two leaving Solomon with the same, empty stare.

One hundred years passed like nothing at all, John noticed his mate's constant melancholy state and thought it time to share his true intentions. John had loved Solomon from the moment he set eyes on the man. Beneath the beard and rough hair was a perfectly sculpted face, eyes of icey blue and a heart of gold. For the first few weeks John tried to coax his friend away more and more simply to spend time with him, maybe to grow feelings of his own for the older vampire. To no avail, John soon realised he would never truly hold his beloved's heart until his family were out the way. The man paid a sword for hire to murder the family in cold blood while he stood so innocently with Solomon.

Not five seconds from the words leaving John's heart did a cold numb feeling overcome him. Only conscious long enough to see his heart in the clutches of his lover's hand as he faded into darkness. It mattered not to Solomon the years they had spent together, this was the ultimate betrayal, an unforgivable act. All the people that had died at their hands, it was all because of John's selfish love. A feeling of relief ran over Solomon as he dropped the bloody organ to the ground and left. It was his revenge- his true revenge. The souls of his beloved could finally rest. John would be the last person Solomon would ever kill. The very thought of continuing to kill turned his stomach, he had his humanity once more.

Solomon no longer killed, instead entranced his victims and took only a quarter of their blood. While he had to do this more often than completely draining a being it was considerably lighter on his conscious. The world grew more colourful and Solomon began to vent his feelings via art. Beautiful portraits of his family so he'd never forget their angelic faces, as well as deep, dark paintings of his deepest darkest shame. The man had three hundred years to perfect his craft. His home full of masterpieces never seen by any other eyes than his own; it was his sanctuary. His happiness. 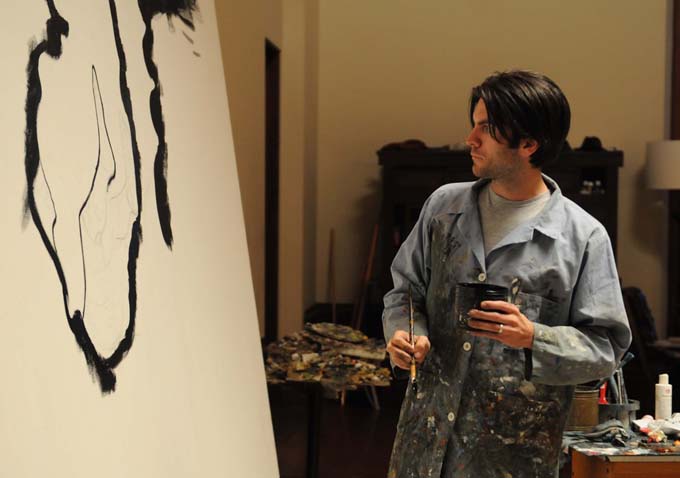 I haven't roleplayed in years. Please bare with me.

...Also my 'S' key is funky and my spell check doesn't work on this site.

I'd appreciate at least a couple sentences. You'll get best results with 1-3 paragraphs.

I think it goes without saying; Don't kill my character or permanently maim him.

I get writer's blocks frequently, badgering me wont make them go away. Patience is appreciated.