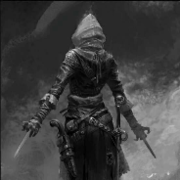 Mutable, very much depends on the circumstances, lithe and Agile when in motion.

Passivity,laziness,staying in one spot, perfection

Syxanthie was a master thief, the very best there was in her home world of Eprium. A series of adventures led to her discovering and bonding with an ancient symbiotic called the Koi'arii. There a limited number in existence and each has an affinity towards an element of sorts. They enhance their hosts natural abilities beyond anything that could be achieved in several lifetimes. Whilst bonded the host no longer ages. Death is not final for Agents of the Koi'arii depending on the strength of their bond with symbiotic relationship. Syx is quick, agile, has an unnerving ability to remain unseen in plain sight, simply by appearing so utterly odinary people just don't remember her. Whilst acting as an agent Syx turned from a thief to an assassin all as part of her role to maintain balance. That is their ultimate goal, to keep a balance between good - evil , dark- light. The Koi'arii are sentient and have their own alignment, this can sometimes cause disagreements between them and their host.

A bit out of practice, but been at it A looong time. Pretty laid back. Communication is the key.