Creator of The Mikaelson Family Page

Message me to plot!! 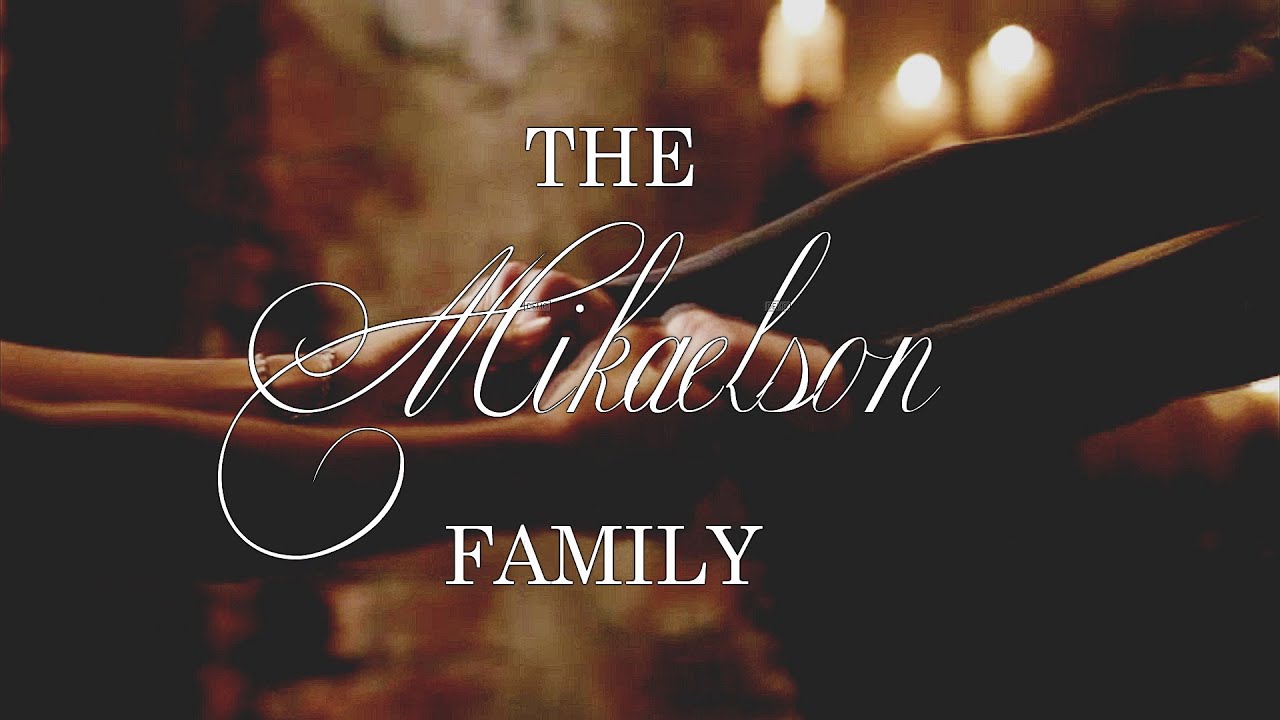 -
“Not because I'm being compelled, but out of my own free will, I choose them. One they are my family. They cared and raised me, not you! Two, you turned your back, when you had a child out of wedlock and decided to look out for yourself and not me. So yes, Katerina, I chose them. Unless, you stand up and be a better person, and deal with this, face, Klaus. Your not, family, hell, not even my sister!" — Anya To Katerina about the Mikaelson Family
-

CHARACTERISTICS
Gender: Female
Age: 534, but appears to be 19-years-old
Height: 5'5"
Weight: 100 Pounds
Eye Color: Dark Brown (As Human) & Black (As Vampire)
Hair Color: Dark Brown
Unuasual features: Her striking resemblance to her sister and Distant Niece and the other dopplegangers, often being mistaken for being one or being Elena or Katherine.

CHARACTER BIOGRAPHY
Anastasia Pierce also known as Anastasiya Petrova, among other names as well, (Cyrillic: Аныа Петрова) was born into a wealthy Bulgarian family on October 28th 1477, fours years younger than her older sister, Katerina Petrova. In 1490, when Anya was thirteen years old, her sister became pregnant by an unknown man. Anya was disappointed in Katerina, but wanted to support her, but she had to obey her parents. The family disowned Katerina for the shameful birth of an illegitimate daughter. Katerina carried the child to term, but seconds after Anya's niece was born, their father took the child away, and Anya watched her sister become heartbroken from not being able to see her. Katerina was then banished to England and that is the last time she saw her. At least for a few years.

Two years has passed since Katerina had left the family. Anya was now fifteen years old, and doing chores around the house and being teased by the village people because of her sister's shameful act. Upset, she ran home grabbed a basket and went out to the field, close to the house to pick berries and flowers for her Mother and Father. She had spent the rest of day plucking and pulling flowers. Once it got dark, Anya headed home. She pulled and tugged the basket until she had to stop and take a break. A few minutes later she was almost home.

She reached the house and stopped to catch her breath.. It was eerrily quiet, too quiet for her comfort. She walked to the open door, peered inside and then turned back to get the basket. She hauled it into the house and onto the table, struggling all the while. Finally she was done and began to look around for her parents. She called their names but no one answered. She walked to the bedroom and froze in horror. Her Mother laid in a streaming pile of blood on the bed and her Father was against wall still bleeding out. She ran to her Father first and tried to wake him. When that didn't work , she turned to her Mother. She screamed and cried, trying to wake them, but nothing happened.

After a few moments more of trying and she got up. She began to back up towards Klaus, who hid in the shadows watching her, a wicked smile on his face, his blue eyes laughing with joy. Anya backed up until she bumped into him. She turned to scream, opening her mouth, but no sounds came. He compelled her to not scream and to follow him. She obeyed and he took her to England. In England, she became his servant, his pet, his confidant, and right-hand gal. She ended up washing his clothes, getting people for him to feed on. Doing all his dirty work. When she became of age, she was forced to let him feed on her. She was turned her against her will, by Klaus Mikaelson, at the age of 19 years old and through the bite the two were sired to each other. She does whatever Klaus wants, out of loyalty and maybe through compulsion, but to her it is one and the same. She obeys the Mikaelson family and would protect them with her life.

She continues from, 1820 - 2020, to help the Mikaelson Family, helping to protect Hope. She traveled with Hayley and Hope until Hayley was killed. She helps to hide Hope and to provide for her. After Klaus and Elijah killed themselves, she stayed with the remaining Mikaelson family members and helping to take care of Hope, often assisting the Salvatore school in defeating the bad guys. She is still devoted to Hope and the rest of the Mikaelson Family until she breaths her last breath.

Due to this she and her sister Katherine Pierce, as she calls herself, have an undying eternal hatred for each other. Many times the two would fight over Anya's choice to be with the Mikaelsons and not with her. Over the centuries, the two would chase each other around, trying to kill or hurt the other one, all because Katherine stole the moonstone from Klaus, and she was held against her will, from the age of 15, by Klaus, because of her.

Even though her sister is alive and well, she stays with the family, because - well - they are her family, despite the pain and torture she had to undergo, living with them, she was still, Always and Forever, loyal to them. Her once - upon - a - time, loyalty to her sister, died when she was forced to be leverage for her transgressions.

Single and Looking For A Klaus Mikaelson!

THE ONLY BITE YOUR GETTING IS A ONE WAY TICKET TO YOUR DEATH!

DON'T CROSS ME AND YOU WILL LIVE TO SEE ANOTHER DAY!

HERE ARE YOUR RULES!

━━ ❪ ⚜ ❫ DISCLAIMER: I guess I have to have one of these stupid things, but to let all the f'ing dimwits know. I am not Nina Dobrev nor am I any of her characters from shows she has played. I am an Original Character, using their faceclaim for my character.

━━ ❪ ⚜ ❫ WRITING LENGTH: Here's the thing. I like to write. I like to write from 1 to about 8 Paragraphs maybe more if motived. I am not one to just write a oneliner or even a semi-paragraph reply. I will not write below a paragraph. I expect all my writing partners to at least give me one full paragraph that is 4-8 Sentences in length, when writing with me.

━━ ❪ ⚜ ❫ LITERACY: I am not a spelling police. I won't correct any mistakes. I make plenty of them myself. All I ask is that you make sure your writing makes scense, so I don't have to figure it or ask a bunch of questions.

━━ ❪ ⚜ ❫ SHIPPING: I am a multi-storyline account, but will have a main Love Interest. I will have many relationships (Boyfriends or one-night stands), but the one that will get the most attention will be Klaus Mikaelson, when I have found one.


I prefer to write in my blogs over messages, but I am not opposed to if you let me know that you wish to write in messages instead. I completely understand.

━━ ❪ ⚜ ❫ REAL LIFE: I don't have much of a real-life, but at times I will be away from the computer, be it errands, or hanging out with a friend. I will let you all know in status when I am not able to be online. Most of the time when I am out and about I will be mobile, but not all the time!

━━ ❪ ⚜ ❫ DRAMA: I don't allow drama on my page. I do encourage drama in a storyline, but nothing else. If I see any I will be deleting that person.

━━ ❪ ⚜ ❫ ROMANCE WRITING: I am not a hardcore romance writer, but I do allow it. But it isn't required to write to me.

━━ ❪ ⚜ ❫ GODMODDING: I like to be in control of my character, I don't care if we bring other characters into the storyline. But I control what my character does.

━━ ❪ ⚜ ❫ MAINS & CONNECTIONS: I will have mains and connections. They are the ones that get replied to first and foremost. Want to be one of them, then we need to rp for at least a week, and then we can discuss it. All members of my group The Mikaelson Family Page will go first, above everyone else!

━━ ❪ ⚜ ❫ NUMBERS: I am not a number! If a week has gone by and you haven't even attempted to write to me or even reply to my greeting then you will be deleted. I have no time for idle people on my list! I am here to write!

━━ ❪ ⚜ ❫ STORYLINE DISCUSSIONS: I prefer to plot over a random starter, but I do not oppose it as long as I find a way to write a response back. If not I will discuss it with you!

━━ ❪ ⚜ ❫ RESPECT: I am a respectful person, I do expect people to respect me at all times, If not your gone!

━━ ❪ ⚜ ❫ SEXUAL ORIENTATION: I am as straight as they come. However because she is a vampire, she will most-likely 'play' with other females, teasing or slight flirting, to get blood or other things from them. But she is completely a Klaus Mikaelson-only girl.

━━ ❪ ⚜ ❫ PLOTTING: I am not gonna be the only one coming up with ideas. I expect others who really want to write with me to come up with ideas too.

━━ ❪ ⚜ ❫ PROFILES: I only accept profiles that have information on them. If it's a link to your information in a forum or a blog then that is acceptable, but if I don't know your character beforehand, then I will not accept you.

MAINS & CONNECTIONS
HERE IS WHERE I WILL LIST ALL MY MAINS AND CONNECTIONS, THEY WILL BE REPLIED TO FIRST!

TIMELINE
HERE I WILL BE ATTEMPTING TO CATEGORIZE ANASTASIA' LIFE TIMELINE!
Born -- October 28, 1477
I was born 534 centuries ago and has looked 19 years-old ever since I was bitten.

Turned -- October, 28, 1496 (19-Years-Old)
I was bitten on my birthday, October 28, 1496 by Niklaus Mikaelson, becoming a vampire who was sired to him. Taken to England by him until moving with him and his family to Mystic Falls.

Life -- 1496-1820 - 2020 (534 Centuries)
I continue to be loyal to the family and will help them in anyway I can. My sister... well... she and I want nothing to do with each other, and will hate each other for all eternity. I hope to marry Klaus Mikaelson someday and become apart of his family, permanently.

Started by Tenacious ⚜ Mikaelson ⚜ Queen! in Looking for Roleplay (Out Of Character)

Started by Tenacious ⚜ Mikaelson ⚜ Queen! in Looking for Roleplay (Out Of Character) 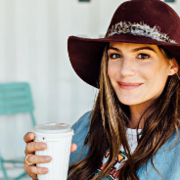 "Goodmorning everyone.  I am on and I am looking forward to getting some SL's going!"

"Goodnight everyone!
I will be on tomorrow

"Thank you Nik. I'll look at the profile layouts.

If I have questions I'll ask."