Tyson Myres was born in the year 0381 in a remote village in mountainous terrain of Romania to a traveling caravan of pagan, gypsy witches.

During his early years, he was taught the craft by his mother and father as just a child, innocent magic and the laws that were governed by their bond with both nature and the world around them.

Growing up in this band of travelers was rather hard and food was often scarce except for the herd of goats, sheep and cows they kept with them at all times.  Not only did they deal with the harsh reality of having to scourge about for food but survival meant living through harsh winters and even hotter summers.

As a teen, the boy went even further into his arts. He met his first real magic teacher, Emilia Bavoit who wasn't much older than him, when he turned 13 at the party that symbolized his coming of age and becoming an adult.

This teacher taught him more than just the basics of magic. As his first crush and later a budding romantic interest, the two reveled in the strongest magics that they could learn and were together for the most part of his young adult life. When he turned 20, he finally decided that he wanted a family with Emilia, though she was very much against the idea of settling down so early, even though it would cement her position and her family's within the caravan's rigid social structure.

As a life long dream, Emilia had always wanted to leave the caravan and find a home far away from the places they'd already traveled in her short life. Tyson was eager to make this happen, not only for her but also himself, and to prove his worth to her, invited her to come with him away from the caravan and their families to explore the world beyond.

A year into their venture, they came upon a farmer village that seemed to have been abandoned in the middle of the night.

Unable to conceivably come up with a reason for this, both decided to go ahead and make the most of it by shacking up in the largest of the homes. With a large estate and a number of animals to fill it, their lives were full for the most part until both found out that Emilia was pregnant. This was no surprise during the times since use of birth control or protection wasn't a major issue.

The pregnancy was hard and even worse, the birth. Since there were no doctors or nursemaids for hundreds of miles, the two tried to deliver the child on their own through the use of their magics and their own short lived knowledge. Emilia, unfortunately, did not survive the pregnancy and neither did the child.

Now alone, Tyson packed his belongings and set back off into the world after a year or so of grieving for the loss of his child and Emilia.

He was first contacted by a vampire on the eve of the two year anniversary of the loss of his family's lives, something he took to believe was a curse for leaving their families behind without word. Unbelieving in the supernatural other than what their magics could do, he turned the vampire away but was later attacked in the middle of the night and turned.

By nature, Tyson is already rather thin due to the rough nature of finding food during his time alive. He has a rather earnest runner's physique that is both masculine and lean due to the changes his body underwent after his turning. He stands at 5'9", weighs 152 lbs.

His jawline is very well defined and he normally has a mustache or beard, though will occasionally shave it all off in an effort to keep himself changing and acclimating to his surroundings. He is rather aristocratic after years of practice behind closed doors.

He has crystal blue eyes that openly display his rather aged soul, a smile to die for (almost literally).

He can get away with long hair or moderately short hair and these days, prefers to wear his hair short. When unkempt, his hair is usually dirty blonde. Short, it looks brown, though you can also see blonde highlights.

Clothing wise, he tends to keep things simple, a t-shirt and a pair of jeans. He's also somewhat old school in that he likes to look nice, especially since his sire forced him to wear rich clothes after he was turned so that he was able to fit into society more naturally when they ventured into different cities.

Tyson's got a rather broody, personable personality. He usually sticks to himself though can make small talk if its needed. He prefers deep, intellectual conversation but, on occasion, can be known for joking around. He is rather charming toward those he likes but can be conniving or even a little manipulative if given the proper notion.

He likes to get his way, though won't force it if the situation doesn't benefit him. He is dominant, passionate and understanding in an empathetic manner..

When angry, nothing can hold him back from getting to the source. He prefers the company of women to men unless it is a strictly mature encounter. He is very bisexual but more lean toward women than anything for actual relationships. 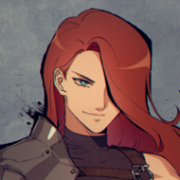 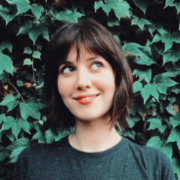