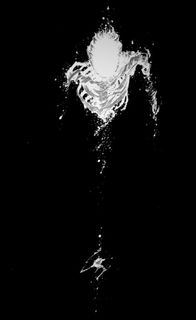 "They don't realize it until 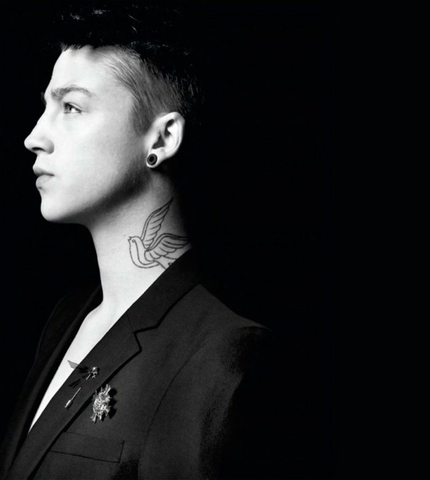 Ajin, a species that live immortal lives, are still a puzzle to the world. One does not realize that they are demi-human until they experience their own death. They are unable to die under any circumstances, such as being completely crushed, decapitated, or even due to malnutrition. It's said that the creatures posses a power known as IBM's (Invisible Black Matter),  a substance that is believed to replace any body tissues or nutrient lost. They only begin to heal after dying or "resetting" otherwise their injuries will not heal immediately and will only heal at a natural rate. Ajin's wounds begin healing immediately after a revival and only takes a few seconds. This immortality doesn't heal physical deformities that the user was born with however. This reinforced the statement that Ajin always return to their original state, even if that state is not 100% functional. The closest thing to death for an Ajin is if one's head is removed and far away enough from the hosts body..though, they continue to keep the owner's previous memories. 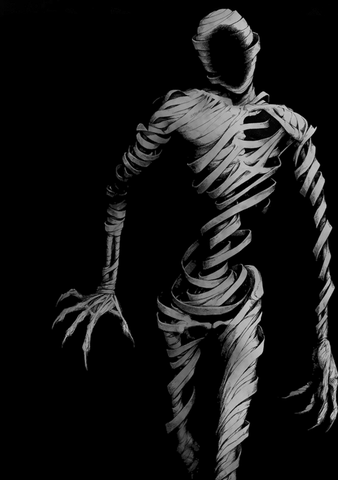 IBM's are the main source of an Ajin's powers. IBM cannot be seen by people who are not Ajins. Again,  IBM is what allows the Ajin to replace any lost body tissues or nutrients as demonstrated when an IBM oozes from the body of an Ajin when they're fatally wounded or when they're manifesting their Black Ghost. The origins of IBMs are still unknown nor are their composition; IBM's are made up of intangible unknown matter that originates from an Ajin's body. Each Ajin has a different amount of IBM but nonetheless they all regenerate at the same rate - the only difference that the IBM concentration makes is how frequent they can manifest their Black Ghosts.

Ajins also possess the ability to manifest themselves into Black Ghosts. Black Ghosts and IBM are different in the sense that all Ajins possess IBM, but not all of them can manifest a Black Ghost. These Ghosts are made up of IBM and normally have a humanoid form but can have inhuman characteristics, standing at about over two meters tall. Each Ajin can manifest a unique Black Ghost. Ghosts are usually used for combat purposes, but they can also be utilized in other ways if their hosts know how to control them properly. They only have one weak point: their heads. Only a fatal blow to the head by another Ghost can destroy a Ghost. The connection between an Ajin and their Ghosts can also be hindered by water; analogous to how a cell phone's signal can be disrupted when there's heavy rain. If an Ajin and their Ghost's 'connection' are severed, the Ghost will vanish eventually.

Ajin can also use a paralyzing scream that seizes the nervous system, paralyzing everyone in their immediate vicinity. Researchers think that this is a type of thanatosis reflex, which is why it works better on people who don't know about Ajin. Its effects on the affected person can also be neutralized by the user if he/she wishes to. However, this is easily countered by wearing ear plugs or other noise dampeners. Not many Ajin are actually known to the world. There are only a few that are known about. Though, due to them not being humans, the government does everything in it's power to capture them to continue through experiments to find out more about the unique specie..experiements that are inhuman. Luckily for Uriah, his death and rise of his power is currently unknown.

Growing up, Uriah never lived a luxary life. His mother passed when he was younger due to an illness and his father was an terrible alcoholic. The boy was always a misfit, never having many friends and when he did, it was always the wrong crowd. But nothing was worse than his father. One evening Uriah returend home for school, being welcomed home by the angry drunk. Tired of his old man's behavior he tried confronting him..which only lead to his own death.

His father was always abusive, but this was the final step. An argument broke out between the two, soon enough leading to a fist fight. He was too young at the time to actually defend himself, leaving his father to have the upper hand. After a few punches, Uriah had enough, finding himself in the kitchen and a knife gripped tightly in his hand. The boy would rush at his father with the sharp object to only be slapped away and finding himself face first on the floor. Though, that wasn't the worst of it.

Uriah felt a warm wetness underneath him..only to find a crimson red engulfing his clothing. The knife was burried in his gut, a pull of blood forming beneath him as he began to lose more blood. The young male was gasping for hair, a chill rushing through him and death knocked at his door. Shocked, his father stood frozen in place..to soon find his son no longer breathing.

Death wasn't so bad. But neither did it last. A type of black matter seemed to ooze from him, the once unbeating heart finding it's pulse again. Then with a gasp of air, Uriah found himself siting upright bewildered.

His father's eyes widened as realization hit him - his son was a monster. As if on cue, his father tried rushing to the kitchen to reach for the phone when something burst from his chest. A human like figure stood behind the alcoholic, it's arm burried through his chest and out the other side. "Pathetic." The black ghost said as he yanked back, removing itself from Uriah's father. The man's legs buckled and he fell to the ground with a thud, another pool of blood forming in the house. But this time, the other didn't come back. Uriah stared at his father, a terrified look etched on his face from what just took place before him. And now..it was realization that hit him.

He really was a monster.

Climbing onto his feet, Uriah hurriedly left to gather his things, what he needed that was, eventually finding himself closing the door and into the outside world. He didn't have time to think. But he did know one thing, he could never go back to his old life..and that he had to make a new beginning.

"Personal feelings just complicate matters. You can't rely on them to turn

your situation around. I've known that people destroy themselves

when they get carried away with emotions."

Uriah finds himself to be emotionless. He finds caring for others to be difficult, but not impossible.