- Versed in Hand to hand combat

- Can use almost any gun well

- Drug X: Gives him enhanced strength and senses with a constant rush of adrenaline and a block to pain. ( Side effect: Easily loses control. The drug lasts in the system for a day or two before he crashes. )

Warren used to be an FBI agent. Before he found out his fiancee had been a mutant, he'd been against them, thinking they were only a danger to humanity. Upon discovering the love of his life was a mutant, he was left conflicted. Then the fights started. He was trying to understand, but the moment she lost control over her powers and nearly killed everyone around her, a cop took their chance and shot her point blank in the head...

He also lost his job when his "Mutant lover" habits to protect mutants made him look like a betrayer. He knew he would lose his job and couldn't work with people like that anymore and therefore upon arriving back at the office, he turned his badge and gun in.

From there, he fell in line with a group of mutants just trying to survive this world. They had been wary of him at first, but he soon earned his ranks among them. 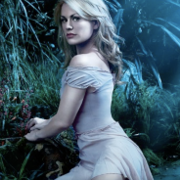