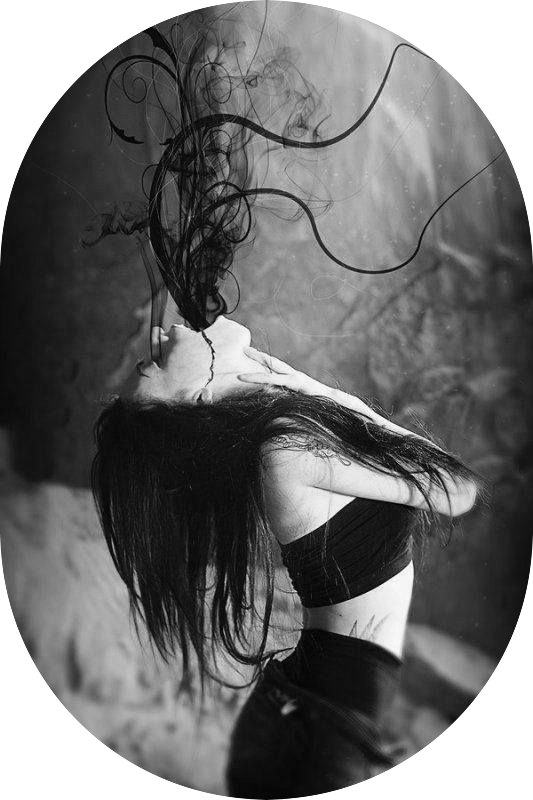 Verena hissed in latin as she powered through the subtle burn of mace that had just been sprayed into her face. The sneared look eventually faded as so did the pain. V wasn't one to burn easy. Who was this woman to believe she had any chance against Asmodeus himself? V would never begin to understand the mind of Man. If you sign a binding contract, you must keep your end of the deal. That's fair. After all, when you play with fire, you burn.

Echoing clicks of Verena's satin black stilettos paced calmly through the shadowed tunnels. In the underbelly of the city... That's where this bitch chose to hide from the devil. "Come out come out wherever you are." Verena cooed. Her eyes searching the darkness for shadows to shuffle before her. The woman was quick, V would give her that. But quick enough to outrun her debt? Never. Verena clicked her tongue in a tisking manner, "You know why I'm here, Jess. Business is business." V's whiskey brown irises turned solid black- pushing past the whites of her eyes. Dark grey veins protruded, forming near her eyes and moving down her entire body, and claws extended her nailbeds like tallons.  "I'm getting hungry..." Her voice split into two. One in english, the other speaking in Latin tongue.

"Go back to where you came from, Bitch!" Jess seemed to spit through her teeth and from the darkness emerged the dark haired woman holding a cross and a rosary wrapped tightly around her hand. V stood silent for a moment, stunned. Not from fear of the objects, but in utter disbelief. Breaking the silence, Verena let out a chuckle,

"You think a piece of wood and stringed beads are going to save you?" V asked humor hinting in her voice.

With a quick hand, V's fingers were wrapped around Jess' pretty neck- squeezing the ever living light out of the poor girl. No gasps were made, just gurgling sounds could be heard.

"Your soul, my dear pet, is the payment of your contract. Which at seven p.m., Eastern Time today, expired. Prepare to meet your ruler." V's voice was low, stern, almost business like; as-a-matter-of-factly. She grinned and salivated. It had been a while since a contract had expired. Oh what a frenzy. Like a vampire drinking human blood. Her mouth opened up wide, jaw almost dislocating, Jess' did the same. With pain, shock and fear on her face, a black smoke-like force escaped poor Jess' mouth. Slithering out like snakes and floating like hair in the sea. Oh what pain you must feel. The ripping of the soul is torturous. Like ripping gauze off of a dry burn wound. The wound being the entire inside shell of someones body. In this case, Jess'.

Jess sqirmed violently, not able to make out even a whine. Her eyes wild in a pain, V sadly understood. But Verena didn't care. She was holding her neck too tight. Eyes blood shot, face purple, veins pulsing, tears running, hands viciously clawing, pulling, trying desparately to get out of V's grasp. No let up. The black mass snaked its way into Verena's mouth the same way it escaped Jess. The black cloud of soul grew bigger, thicker... V took her time. It tasted...

It was almost orgasmic to Verena. It's what fueled her... Rejuvenated her. V watched the life lift and fade from Jess' eyes as her soul trickled out of her. She finally went limp, and slumped her head to the side, her mouth hung open, her carcass empty. Verena gasped once the final few strands of soul entered her body and she dropped Jess's lifeless body on the concrete floor with a thud. Verena's hands, eyes, and veins slowly seeped and solidified back to it's original humanoid state while she tried to catch her breath. Holy shit... Must've been a pretty dirty contract. The more sinister the contract, the more delicious it is to devour.

"You called?" the words dripped off her tongue like honey. So sweet and inviting. Verena pushed off the damp cellar wall and approached the man who was kneeling at the blood painted summoning sigil on the cement floor. She stood behind him, he didn't look at her, he knew what she was. A monster. Yes, it's true. None the less, a beautiful one. Designed to lure you in, intoxicate you, what have you. Get you close enough to devour at least.


"I need my wife dead. My... wife... and two kids... I'm in trouble and need to start over... Ya know?" his voice was deep but riddled with pain and regret. It was quite pathetic actually.


"No. I don't know." Verena said rather coldly, "I normally don't deal with the mess of contracts... I'm what you could say is... The clean-up crew." V paused, "But neither here nor there. I'll abide your request. You have ten years." Her deal was heartless.

The man looked up at her finally, with a shocked look, "Only ten? You're joking, right?-"


"You want me to murder three souls in cold blood. That comes with a price, Laurant." She spoke over his last word. The man paused for a second, thinking it over and sighed. Solumnly, he nodded his head in agreement.

Verena grinned and walked slowly to just in front of the man and dropped to her knees. She crawled into the lap of the sarrowed man and sat on his thighs, hands cupping his face and tilted his head up at hers, "Then we have an agreement..." she muttered before dipping down and kissing him deeply. Her tongue circled through his mouth and he kissed her back subduingly. His hands snaked to her hips and their tongues danced through the binding. Her tongue licked the underside of his, lustfully, and shortly after, he yelped in pain and pulled away. On the underside of his tongue burned the binding sigil of Lucifer. The signature to bind the contract was now in play.

Verena moaned through a sigh and leaned down to the mans ear, "I'd love to sit here and play... But I have a wife and two little ones to kill." her teeth snatched the mans earlobe and tugged playfully before standing in front of the man whom stared down at his own hands, regretting what he's done. Good. She grinned and turned, heading up the stairs of the cellar into the main part of the house. The man listened and heard some talking, then struggling, the screaming of his wife... A thud. His eyes welled with tears and he listened to Verena's footsteps up the stairs to his childrens bedrooms. He shook his head as a sob built in his chest. "No" he whispered as he heard the distinct squeeling of his two daughters until he didn't. Then silence. He sobbed into his hands, not hearing her come back down into the cellar.

Verena rolled her eyes at the man. She would never understand the mind of Man. Ever. "Business is business." She muttered, "See you in ten years my pet." and she vanished into the shadows, leaving the only sound to echo into the night the heartbroken sobs of a lonely man. 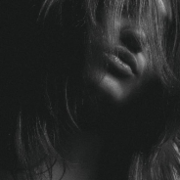