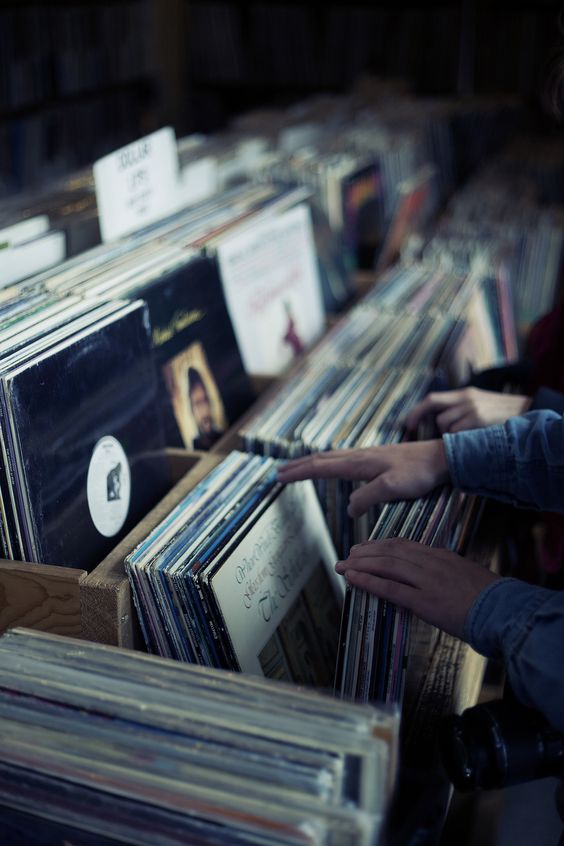 There was a quiet ring as the front doors of Paradox were walked through by a fresh face. As I passed through, an effort was made to turn the open sign back to closed before the door had even shut fully. Dominic watched as I had done it and made no effort to stop the act. Instead, he looked up from the space he took up behind the counter with a half-interested gaze to the stranger with the nerve to walk in so brazenly. He saw me as no threat and I knew it. I was a human, after all, and he had stopped worrying about the species walking through the record shop doors the moment he had stocked it with items… far more supernatural in nature.

Regardless of whether he chose to register my presence or not, I walked down the long aisles of the shop right toward the back counter. Perhaps Dom should have locked the front door himself, that evening. It would have saved the hassle that came after, by the time the stranger walked the span of the shop to the back counter.

Ten minutes would come and pass, full of explanation and ultimately, disbelief. The room had gone silent for the time being as those reality-warping words were shared and the man across the room was left to consider what he had been told. The well-worn book that had once been in front of Dominic was set aside for the time being and his arms crossed loosely over the countertop.

“I am quite aware of who my creators are.

I can assure that you wouldn’t resemble either.”

“I didn’t expect you to believe me, honestly.

“And so my dear, I gave you my attention.

assist  you with before you leave?”

“Whether you believe me or not, I’m not leaving yet.

If you were wrong, and the details I shared weren’t coincidence,

would you have questions?  About now, or maybe the future?”

“You think you’re serious, don’t you?”

“I know I am. I was there with you, through it all.

“I’ll play your little game, then.

If you feel so inclined to prove me wrong.”

“Well, I know your blood type was AB negative.”

“I would find it probable enough toward guessing.”

“Alright, she was five when you left.

You didn’t see her again until she was nine,

But you never did get to speak to her again.

Given your circumstances, probably for the better.”

Silence persisted briefly where I wondered if I should have regretted digging up old ghosts.

Dominic stared me down with a perturbed expression. His mouth had formed a thin line.

“It wasn’t your fault. Any of it back then.

The trip, the coven, even what happened in-”

“You couldn’t rightly say it wasn’t my fault.

Now how do you know any of this?”

“I’ve already told you, and I know quite a bit more.

Now you can fight over beliefs or you can ask questions.

You’ve been asking yourself ‘why me’ for as long

as you can remember, haven’t you?”

“If you claim what you do,

then you are responsible for what I am?”

It was an easy question to ask, and a relatively dangerous one to answer.

It was like placing the pin of a grenade back into place.  The difference?

A grenade would have been far kinder in the event of failure.

Not everything is truly under my control.

The events transpired on their own, I can assure you.

However, I am the reason you ended up in the alley that night.”

“You ripped me from my family.

I watched them pass on while I was trapped

in that dismal place. You left me with them to adapt-

you took my sanity for god’s sake, and you tell me-?”

“I said I put you in the alley that night.

You had the choice on what you did then,

and you made it. You pulled out the cigarette,

“…and you didn’t know what was coming.

You couldn’t have, it wasn’t any fault to you.

So don’t hold yourself under water for that now.”

The tailspin of information cast the vampire back into silence as he decided what to address for himself first.  A look to the floor may as well have been defeat by the time Dominic spoke again.  A lightened tone replaced the cynical one that had come before it.

“…Will it get easier? Any of this?

What I am doing, is it worth it in the end?”

“With time. You keep doing what you’re doing.

Avoid distractions, keep your head up. I won’t

always dictate wherever you succeed and you don’t,

that’s out of my hands. I wish you well, though.”

Seeing as you’ve been so kind thus far.”

“You were about to kick me out less than ten minutes ago.”

“You were spouting ancient history.

“You haven’t exactly surrounded yourself with

Things that are ordinary anyway. But yeah, I’m leaving.

“Did you take her from me,

did you take her from this world..?

Was it all by a choice?”

“You and I both know the answer to that, I’d already told you.

Not everything is under my control, but you have to learn to be.

I had to drive the point home. It was between one life, or many,

so I made a decision.

“I’m sorry. I wish I could have chosen otherwise.

Things will turn around with time. G'night, Dom.”

What was left in the shop was ringing as it shut,  followed by a dozen unaddressed questions, and one unsettled vampire.