Have you ever hit a wall on a reply where you're just not sure what to say, what else to write about?

Maybe the other person's reply doesn't feel as interactive this time around, or your plot is at a point where the events are just a little less exciting. No matter what the reason is, now and again it can be hard to find the words and hard to match the length of the other person's reply.  Being able to write a similar length to who you are collaborating with is beneficial to make sure neither of you runs out of things to talk about. Sometimes, those minor details can make all the difference in setting the scene or capturing the mood of the current point in a plot.

I've compiled a list of factors to think about when you sit down to write a reply, or for any story-based thing, you might be writing whether it's novella, scripts, or whatever else you can set your mind to. Use this list side-by-side to your reply to help and generate ideas on what details might be helpful. If you go down this list when you hit a roadblock, it can help you build on your reply and grow as a writer!

**There's a TL;DR list at the end if you're skimming.

Let's Talk About The Senses.

At any moment, you (and your character) are taking in different sensations from touch, taste, smell, hearing, sight, and in for supernatural characters, sixth senses that might be applicable. These details aren't readily thought about unless you write them! Consider this-

Let's Talk About Adding Some Self Awareness.

Note: This type of thing is easy to write because it's personal to your character, but avoid talking about this for the majority of your reply! It becomes hard for the other person to find ways to respond. Keep it at... let's say 30%.

This is huge, I could write a whole blog on this, and... I think I generally overdo it myself. The key to describing facial expressions is to have variety. "His eyes narrowed" loses its effect when it's over-used but a slight difference in wording can make it interesting.
There are 42 muscles in your face that control expression, so let's use em!

This is how your character moves. Generally, it's easy to imagine big-picture movements like walking across a room, but you can also dive into the subtle movements that people make. Humans are fidgety, so are most supernaturals. Vampires or ghosts might have their own ways they fidget too if you get creative with it.

Read (and Write) the Room.

The space your character is in has things to interact with if you look hard enough.

Are you stuck on a reply? Remember to write about details like:

Your character's status physically and emotionally

Where is your character in the room and how are they moving about?

Describe the materials and objects. Describe what your character finds interesting.

The End (and a Disclaimer)

If you got this far, I'm proud of you. You must want to work on your writing and hopefully found this useful. Please let me know how I can improve this or if you see any typos. Drop some good feedback in the comment box. Do you want more like this? Do you have topics you struggle with? Let's hear it.

I claim zero expertise on the topic of literature or the correct ways of writing a story because I'm growing myself and trying to remember these things as well. Every now and then a consistent writer will feel their work is stale, and as a good friend told me once, "if you feel your work is going stale, it means change is around the corner." 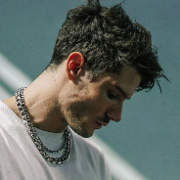