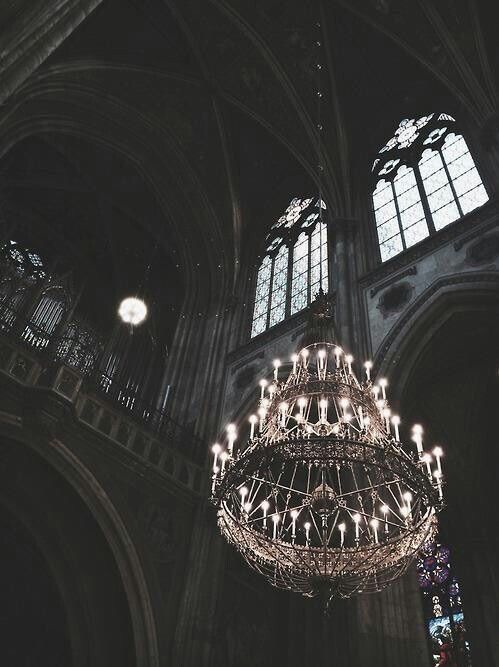 Ricky: Way I understand it, there’s been a change of leadership…

Ricky: What? I’m just stating the obvious and we’re all thinking it.

Helena: I said shut up, Idiot! (backhands him across the head)

RoseWillow: (mutters) Ya, I don’t think so.

Rays of sunlight beam through the glass windows of the castle walls. High stone ceilings with grand arches make the small crew sitting around the round table feel even smaller. Cold seeps in through the stone floors and their tense voices echo in the chamber. Ripley sits in silence, his fingers tracing the images carved into the wood table like a never ending cave painting. The images are more intricate with more colors, but all telling a story he tries to piece together among the bickering of his comrades.

RoseWillow, clad in leather pants, knee high boots, and a leather crop top sighs in exasperation. Helena and Ricky sit next to each other ready, as always, to rip each other to pieces. Apollo, the supposed leader of the crew, sits with his arms folded across his chest. A frown pulls the corner his lips downward as his angry eyes flicker between the table and his band of misfits.

RoseWillow: Whose idea was it to put a round table in here?

Ricky: Better question, how did they get in through the door?

Ripley: (signs) Did they carry it?

Apollonius: Or did they roll it in?

Helena: (groans) I’m stuck in a room of idiots.

RoseWillow: Why would they carve into this? It looks horrible.

Large wooden doors groan as they open from the otherside. Light flooding in and casting my figure in shadow. My face indiscernible amidst the light in the background. As amusing as it was to watch them bicker, it was time to get things started.

Me: That is your story. All of your stories.

Ripley: (signs) Would you look at that?

Ricky: I told you so.

(all glares snap to the vampire and than back to me)

Me: Hostile as always. Shouldn’t have expected anything different.

I descend the steps to take up another seat at the round table. My eyes drift to the table and the etchings in it. Each a depiction of an event in their lives of past, present, and future.

Helena: It’s like a cave painting. Meant to the tell the histories of the people in it.

Me: Except, this one tells yours. All of yours. The pains, the struggle, the successes, and the happiness. They are pieced together by him and how you come into his life. (I point to our frustrated resident Elder)

Me: (ignoring him I continue) The changing images are the possibilities for your future.

Apollo: I said, why?

Me: I could create one for each of you, but right now that isn’t as relevant.

Apollo slinks into his chair. Ricky and Ripley look at him wide eyed and I can’t help but smile. Typical moody, flamboyant vampire response.

Ricky: What’s wrong with him?

RoseWillow: (rolls her eyes) He isn’t the center of attention anymore.

Helena: And his question isn’t being answered.

RoseWillow: Reinforcing Ricky’s point. There’s been a change in leadership.

Me: Of course you do. You always disagree with me. You’ve always had a problem with authority in that way.

Apollo: How would you know?

Me: I created you.

Now he shifts uncomfortably in his seat. Sitting straighter but still pouting. They all do. The air in the room shifts and grows still the way it does when supernatural creatures that don’t have to breath or move does when they grow unnaturally still. Only Rose and I move, but she’s staring at me with more shock than the others.

Me: I created all of you. I deter-

Apollo: (waves his arms into the air) Fantastic.

Me: You’ve always been quick to understand.

Apollo: With your dramatic entrance and this Knights of the Round Table set up, it doesn’t take much explaining.

Helena: (growls) We’re here, against our will and thrown into something we didn’t choose. How else do you expect us to make sense of that!?

Me: Calculating. Collected. Cunning. You’re top tier predators. I wouldn’t expect anything different from your responses.

RoseWillow: I would (she spoke with a shaky voice, paler than she had been before I came in)

Ricky: Your- (his voice broke out through his attempt to speak and growl at the same time) the r-reason I’m s-still alive.

Helena: And the reason, I’m-

Apollo: Why are we here?

Me: Here, here? Or here as in your purpose? The reason for your creation? That burning existential question of, why do I exist? What is the meaning of my life?

They all blink at me and then slowly look to Apollo. He shifts uncomfortably again. This kind of spotlight was unexpected. The anger among them fades quickly even if they still remain uncomfortable.

Helena: The similarities are uncanny.

Apollo: What are you going on about?

Helena: The off the wall leadership.

Apollo: We are nothing alike (waves arms dramatically between him and I)

Me: You’re partly right. But I’ll save that for next time.

Ricky: I don’t think so. I have questions and I demand answers.

Me: I know you do, but for now, we are out of time. Think of any question you want to ask me, and I’ll answer.

RoseWillow: Fine. But next time I choose where we are. I’m over this hideous place.

Me: This coming from the woman who designed an underground themed lounge.

RoseWillow: You have something you want to say?

Me: It’s settled then. Until next time.

TO BE CONTINUED IN SESSION 2