about 5'8, slender and feminine. has light blonde straight hair and blue eyes. Porcelain skin and a birthmark on her shoulder. has a few scars on her side. A tattoo of a dove and rose on her hip.

She is very kind to those who treat her with the same kindness. She is willing to do anything for the people she loves and cares for. She can be very flirtatious and charming when she wants/needs to be, very alluring and seductive as well. She can be quick to anger though especially around rude people. She is quite stubborn and won't back down on her opinion easily but despite this stubbornness she tries to remain cordial

She enjoys Jazz, blues, and classical music. She enjoys dancing such as ballet, ballroom and some jazz. She enjoys singing as well as this is her career in life. Her favorite colors are navy blue, red, and golds. She secretly has a passion for baking but will rarely mention it. She enjoys many animals and loves taking care of them as she has a cat. She enjoys romance, comedy, and some action films. She loves the outdoors and spends as much time as possible there

Snakes, Most spiders, and bugs. She dislikes the smell of smoke. She dislikes loud music such as rock, EDM, Rap. She hates pink (Especially bright pink) She has a distaste for spicy food and food that is overly sweet as well. She doesn't enjoy horror films or anything of the sort, neither does she like gory action films. She dislikes most sports but will tolerate them. She doesn't like rude, arrogant, ignorant, egotistical people. She isn't fond of violence and is against fighting.

Singing and preforming but no magic

I am 22 and enjoy lots of different styles of roleplay, but fantasy is one of my mains. I Love writing and meeting new people

Started by Camille Bateaux in Looking for Roleplay (Out Of Character) 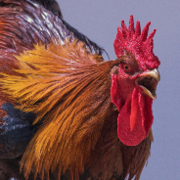 Hi! I am new to the website and am looking for any rp partner (I refuse to rp NSFW themes with…
See More