Raiya is a laid-back individual, casual in demeanor for the most part and oftentimes sociable depending on who surrounds her.

She was raised by the dire wolves of her former lands, and grew up around Dragons rather than her own kin. Due to this, she usually bears a more informal and obviously feral streak that contrasts the regal personality of an Elf.

Raiya used to be extraordinarily wary around humans, demons and other elves, for she once saw humans and demons as potential threats and other elves as competition rather than kin. She has leveled out her demeanor over the years, yet she still holds strangers and new acquaintances under a quiet, watchful eye.

Sarcasm and snide remarks are normal trends in her vocabulary. Despite her overall casual demeanor, Raiya’s willpower is forged of steel, and she refuses to take orders from beings who have not earned her respect. It may take some time to break past her wary eye and warm up to strangers. However, gaining her trust brings out the more "playful" side of the elf. Gain her friendship, and you gain a lifelong guardian. 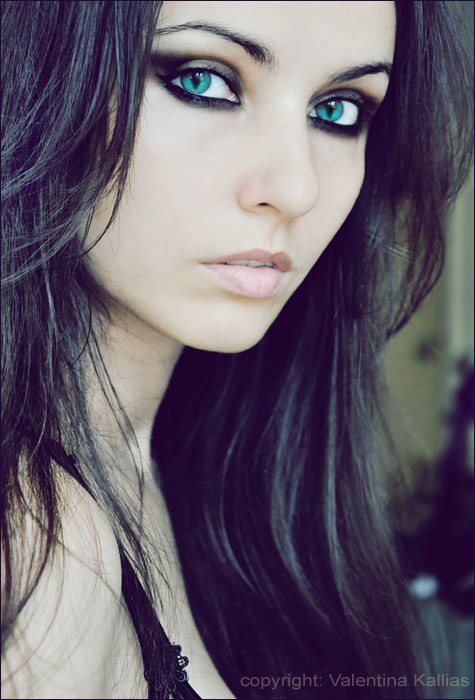 While still surprisingly strong, Brute strength is not Raiya's strongest point. She makes up for this with her swift, agile nature and relies partially on speed, stealth, deadly accuracy and knowledge of weak points to bring opponents down. She is very well acquainted with the art of direct combat, both grounded hand-to-hand and asride  a ground or areal beast.

Raiya possesses twin blades that are usually kept crossed on her back; These blades were both forged and blessed by the breath of the Ryujin Dragon goddess and Matriarch of Nightwing - Kaida. These blades cannot be damaged or broken by any other force unless it too was forged under the Ryujin's breath. The blades will spark upon very heavy impact, and it is said that Raiya's opponents can even glimpse the fiery eye of the Dragoness for a fraction of a second. Aside from her signature twin blades, she prefers swords, hidden razors, long bows and throwing knives.

She also has a high knowledge of poisons and toxin administration. Guns are not her strong point, but she may be willing to re-learn. Raiya flew with the Kings and Queens of the sky and earth. The Dragons are not the only creatures that claim a place in her memory, but the Dire wolf who chose her after her first dragon fell.

She remembers the adrenaline, the wind whipping against her face with that exhilarating sting, the mighty swoop of wings and thudding of massive paws against earthen ground.

The mark of the Dragon Rider is still branded on her upper left arm, and the Wolf Paw that signified her bond with the Dire still resides directly above her right hip in a tribal-esque design. The Mark of the Dragon is faded and blotched in appearance, and Raiya normally keeps it  either bound out of sight, or covered with her attire.

Among the occupation of a Dragon Rider, there came a point in time where Raiya found herself with the task of looking after the Empire’s hatchlings. She earned herself the title of “Nana” amongst several of the youngsters, particularly Kaida’s daughter, Rhoda.

A home sickness.  The nostalgia, the yearning, and the grief for the lost places of your past.

Nightwing’s heartbeat had slowed to

a mere murmur. One by one, the

surviving Dragons and Beasts of the

Empire fell into hibernation or cold

empty and the skies void of pulsing wings.

For the first time in her life, she was surrounded only

by constant silence and the knowledge that she was alone.

And as word of death spread,

she began to contemplate her own demise.

A conversation with the Ryujin Dragoness

gave Kaida her word that she will live on.

However, a change of scenery was needed:

Using a set of very old keys and the vague

directions a long-past friend had given to her,

Raiya claimed a place in the City. This was not the first time she lived in a populated area, but she had little memory of how to conform to the jungle of lights and impervious walls.

Thankfully, her city-house is moreso closer to the outskirts than the busy central, and a woman by the name of Naomi Shimura aided in her move and helped her adjust to the city life.

The change of setting did help to relieve Raiya's withdrawals, However, one thing is certain: Raiya still prefers the woodlands much, much more.  She will even leave the city from time to time just to wander the nearby forests and stay out in the wilderness for several weeks on end.

From an outward standpoint, it seems like any usual Oddity shop piled high with very well-organized curiosities and items for Apothecary use. However, there is much more to meet the eye than just shelves of antiques, bones, crystals, herbs, oils and old artifacts…

When approached and inquired by a creature besides human-kind, one will find that Raiya also supplies just about every necessity required for Magic-work: witchcraft, healing, Spirit working, pelts and skulls ideal for Skinwalkers, tools for Rituals, countless herbs, charged Crystals and numerous other items of different Magical essences. Even weapons, if you are good enough at bargaining.

Keep ye a wary eye, and leave ill intentions at the door. There are several “Guardians” hidden in various locations that protect the Raiya’s items, her shop and her house.

The Guardians are not living beings, but enchanted, inanimate creatures that spring to life only when they detect ill intentions, whether it be thoughts of thievery, ambush, invasion or vandalism. They are virtually undetectable to magical folk and hidden in plain sight. Always prepared to defend, they are Raiya’s eyes and ears when she is away.

The Ghost, the Rider, the most trusted F r i e n d

There are very few who have managed to touch her life in such a drastic manner. Spencer is laced into Raiya’s memory as a figure of familiarity, companionship and comfort over countless years. Contact was severed when the Nightwing Empire fell into ruin, yet a chance meeting a long while after entwined their paths once more. Though they currently reside in different homelands, contact is ensured by frequent visits and hawk-borne letters. Raiya looks upon old memories with fondness, and holds dear even the times they sit in silence. She hopes their paths will remain synchronous, and will do whatever she can to keep him around.

The Enigma, the Reckless, the Forest P r i n c e

Encountering the elven hybrid was an unexpected feat indeed. Novak’s vigor and lightheartedness starkly contrasted the stoic personas that Raiya had grown accustomed to, and she is both amused and captivated by him. Novak has become like a brother to Raiya; when at peace, they banter and partake in playful bickering.  When faced with tribulation, they guard one another fiercely. There is never a dull moment with him around, and Raiya could not be more grateful.

Novak, Raiya and Spencer often dwell in each other’s company.

The three of them together is a force to be reckoned with.

The Tormented, the Companion, the fiercely G u a r d e d

She could not have been prepared for this chance encounter. It was an unlikely friendship: Naomi was the daughter of someone linked to Raiya’s old life in the Nightwing Empire. Fate lead them to meet in an alleyway during Raiya’s first night in the city. Their differences were placed aside, and a friendship bloomed over marveling over one another’s life stories. Together, they shared a home as roommates, and pulled each other from very dark points in one another’s lives. Raiya looks upon Naomi with utmost fondness despite her history. She knows that Nao can fend for herself, but she vows to vehemently guard her from whatever comes their way.

The Wolf, the Confidante, the peripatetic S i s t e r

A wanderer, this one is ;; an unchained soul entrapped in wanderlust. Communication is incredibly sparse and contact remains short-lived, yet Raiya holds no bitterness towards her adopted sister. There are times where Raiya wishes she could be closer to Kyrah, yet she has learned to not protest when the wolf deems it ready to go. She remains quiet when they part ways, yet is always prepared to welcome Kyrah back with open arms.

of 10 Next
This reply was deleted.