Human or Demon, depends on the type of rp

Luke has long, shoulder-length and curly dirty-blonde hair. He is a blue eyed beauty; though in demon form, his eyes can flick to a completely black appearance lacking any whites and pupils. He is a tall but slim male. He stands at 6'5" with a weight of 180lbs. He is slightly underweight, though his body does not seem to show it too much. In fact, he does not looking like a stick figure, but has some minor curves to him.

Luke's personality is definitely influenced by a multitude of factors including his traumatic backstory and other things, such as environments and relationships. That being said, he is quite extroverted in nature, often ignorant and rude but the 'tough boy' appearance is all just an act to protect himself from ever being hurt again. He is the type of person to say things without care of how others may interpret him or view him. He seems like a bitchy character, and while he does complain, it couldn't be farther from the truth. He never makes fun of anyone for their race, colour of skin, disabilities, gender, sexual orientation, etc. He is also soft and caring once you get to know him, like some large teddy bear that you cannot help but to love. He is quite loyal, he'll be by your side even when everyone else leaves because he does not rely on the opinions of others in gaining an outlook on your personality. If he likes you, you'll know. If he doesn't, you'll definitely know. Luke can also be quite a flirt and is often quite cocky in nature. Yet, in a leadership position, he would struggle. He is not very calculative or quick in decision-making. The only skill that could make him appear as a decent leader is the fact that he's really good at pretending like he knows what he is doing. He is not a leader type of person but a follower in nature. He won't admit that he listens to what is asked of him, in fact he'd likely say that he enjoys testing people's buttons just to see how far one's patience can run instead.

Luke enjoys music, he'll listen to almost anything but mainly sticks with rock and pop. He can also play the guitar and he is good at singing. He also likes to party, he is very social and enjoys getting drunk and eating good food. He also enjoys deep late night talks where people often tell him personal things about themselves that they may never tell others. He is a good listener when he wants to be.

He hates being told what to do. Just because he's a follower in nature, does not mean he is willing to do whatever someone tells him to do. If he does what is asked of him, it is usually begrudgingly. He also dislikes oranges, he is just not a fan of the fruit for some reason. He hates Karens and will get into arguments with them just for the hell of it. Lastly, he hates people who are racist, sexist, homophobic, etc. He does not understand why someone's opinion should stop someone from living life the way they want to and identify as.

His backstory can differ depending on whether he is a human or demon in the roleplay, as well as it depends on the triggers of other people. (TW- mentions of abuse) As a demon- When Luke was human, he was born into an abusive family. He was starved, beaten, and often deprived of a lot of things in life (including a basic education). He had a mother and a father living with him and two brothers whom were much older and were away at college before starting their own families. Needless to say, Luke never really saw his older brothers. His human life ended at a very young age of 18 years old. The reasons were related to his life lived at home but Luke refuses to recall how he passed. He leaves his human life behind as he enters the afterlife. He was meant to go to heaven but Lucifer took an interest in him. Luke becomes a demon and works for lucifer either as a crossroads demon granting favors in exchange for the person's soul, or his other job is to be a consequence for an old magical wishing box meant to deter humans from using magic by punishing them. His job for the magic wishing box is to follow the wisher around until death, annoying them. If the human gets too far away from Luke, Luke will be teleported to the human as he must be at least in the same building as the wisher. As a human- Luke had a normal upbringing but got bullied in school for his weight. As a child, he was slightly chubbier than the other kids. The bullying carried off and on throughout school life. High school really sucked for him as well, but he grew into his looks, becoming skinny as he grew quite tall. High school was just not a great time in his life for other reasons. He gets better as time goes on and as he finds people who actually care about him. His job is usually being a songwriter who does not make much money. He may work at a coffee place but chooses to spend most of his time writing songs in hopes of more famous artists using his songs. He is still kind of rude to strangers and anyone who annoys him, but you have to get to know him to see the real him. He takes a while to open up.

As a demon, he can create fires. He can teleport but only between the earth realm and hell realm. He cannot teleport from one spot on earth to another, he can only go to hell and back to earth. Other abilities vary on the roleplay.

I am a third year university student who enjoys writing, reading, roleplaying (of course), and gaming. I have been roleplaying since I was about 15, so 5 years, almost 6. I tend to add a bunch of detail about what my character(s) may be feeling, what they are doing, etc. I write quite a lot but I also enjoy the shorter (semi-lit to literate) rps too. I'm quite open to trying new things in the rp world and I am excited to have an area where I can find roleplay partners easier than I have been. 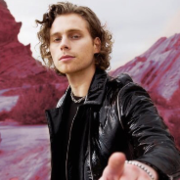 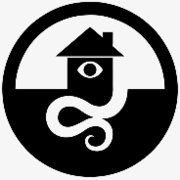 "Hey, I'd be interested in rping with you if you are still looking for people! I have plots and I am…"

"Hi, Bill! It is awesome to see another individual who has an interest in dark roleplays. I am happy…"

" Hi! If you're still on the hunt for partners, I'd be interested! I could not figure out how to…"