From Slave to Warrior...

This becomes the story of Or Silas Arkman as stands his current surname of choice, inherited by the Arkman family, a noble family who gave him somewhere to belong, to call home when he had nothing left. A wounded warrior who found brief refuge in a stable, would have been sure to die there or move on before he was found, but the child who found him knew no hate, no discrimination and showed him kindness instead by offering one of the apples meant for the horses. And when the Roman empire came through, one soldier threatened the life of the boy and Silas acted, slaying the soldier before he had much a chance to harm the child. The family witnessed this and from then on, Silas had become their guardian, protector and something like family.

When the family name bled to nothing, all remaining members perishing through the years, Silas was left to inherit everything they'd held, leaving him in possession of enough money to get him by for years, even more so when he was clever enough to put a decent amount in stocks in the stock market. It's safe to say the man could live comfortably and does for the most part. He continues to hold the name as a long time descendant of the family, though most of it is convoluted at this point in time. 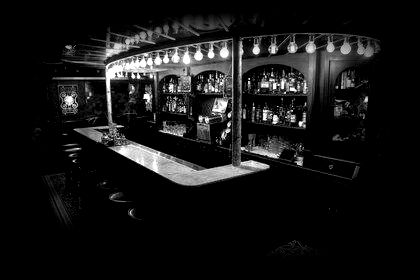 In modern days, Silas took up becoming a bartender at the Old Time Tavern before moving and continuing this job at the Monument Tap, a local bar within the city he lived in that gave him some kind of refuge once again when he had none. Having no known family with as mysterious of a past as his own, one could imagine how lonely a life he'd lead, but upon entering this tavern time and time again, he found his place once more in the ever changing world. There's not much to be told in Silas's beginning. He'd been born and bred a slave, he meant nothing to no one for he was simply a nobody. A mere tool to the convenience of his slaver.

He was never given a name, born without one, taking the name of his first victim; his slaver.

He bore the name and gave new meaning to it.

He knew no blood family and never would.

He was just a man, just a slave, but when he was wrought with sickness, surely his end, a night came that everything changed. Most of his life in this time he only remembered pain and misery, but that night felt like no other.

That night he was sure he'd died.

When he awoke the next day to his sickness completely gone, completely pain free, he was sure he was in heaven, but that was not the case. He'd never left earth and instead was forced to walk the middle land to this very day.

A celestial entity was cursed and bound within him.

He knows not the story, for the voice will never tell, but he hears it's anguish.. By that next day, Silas also lost his voice. He hardly ever spoke much before, but to try once and not have anything come forth sentenced him a bit rattled. It was only briefly, however, because if there's one thing this man was able with, it was adapting and overcoming.

He was given no such extra talent than the strength of his will power which already existed, but upon great injury, he finds he may heal from the inside out rather quick than any mortal man ought to. For whatever the reason, the being within had to protect him lest they both perish he's theorized. However, the other factor includes that shall he be within the holy grounds, he finds a power thrums within, a power like he's never known, could not know and the voice within his head becomes louder and compells him..

Silas is marked only by these simple scars on his back of a time when he'd had wings for one night...

He does not recall that night much at all now, does not recall what happened nor what he'd done, but with little to no repercussions to come forth, he'd left the mystery with a remaining lingering worry that he was beginning to lose a battle with the entity. Nothing else has come of that night and so Silas had moved on, ignoring the scars easily and only hoping no one ever question them for he had no answer to give even could he speak..

Of great will power

Silas is a Battle Demon of a fighter.

He is too stubborn to simply give in even in the worst of fights and even when it's so obvious he can't win, he will not give in. He will sooner die in battle and has come very close many times and if it were not for the entity within, he would have perished long ago. The Arkman's soon had learned of Silas' gift/curse (depending how you look at it) and came to believe he was a guardian angel sent to watch over their family.

Silas had nothing in the way of proving them wrong and therefore never protested, but never quite indulged in such a title either.

He can't quite explain why he is as he is, why he was "chosen", but he'd been content to serve the family and there he remained until the name eventually ended with him.

Residence \ Apartment Complex in the city

Over time, the entity within had raged a war, an internal battle Silas had fought for so long. With great willpower, he'd not allowed the entity to take full control again, but an impasse was soon reached. The two faced each other and Silas could see it for all it was for the first time. Silas was tired. A weak description of how he truly felt, but the entity found itself appreciating Silas for his strength. The entity, rather than try to take full control, made a deal; to fuse both of them into one person. Silas was skeptical at first, but realized this may be the only way they can both exist and end the war.

A deal was a deal.

His personality has shifted.

He can speak again.

He is more enhanced, more than your average human. There was a time before Silas had became a bartender that he was a painter. His memory of the time before might be mostly blurry now, but he'd always had an affinity for art. Drawing in the dirt with a finger.. the sharp scrape of stone on stone, leaving it's mark in it's wake.. In the time of somewhere along the 1700's, he began to indulge more in his skills. It was only a hobby, something to pass the long dreary days until it became a career. He would be commissioned to paint murals, art upon grand architectures, but he'd never sign his work. It was, after all, still just a hobby and for no means of money or recognition. By the 1900's, he was merely a painter coming into peoples homes or businesses to paint their walls for them all until he found his place at the Tavern. In his taste for art, he of course also had a fine taste of music arts.

It was the other support to his life; helped him get by. His favorite instrument was the piano and after this selection of interest, he even took up learning to play. He could not sing, but he could play his soul out along those keys..

Some of his favorites included Chopin, Mozart, Einaudi, Kempff and even Elton John.

Those he will fight to the death for 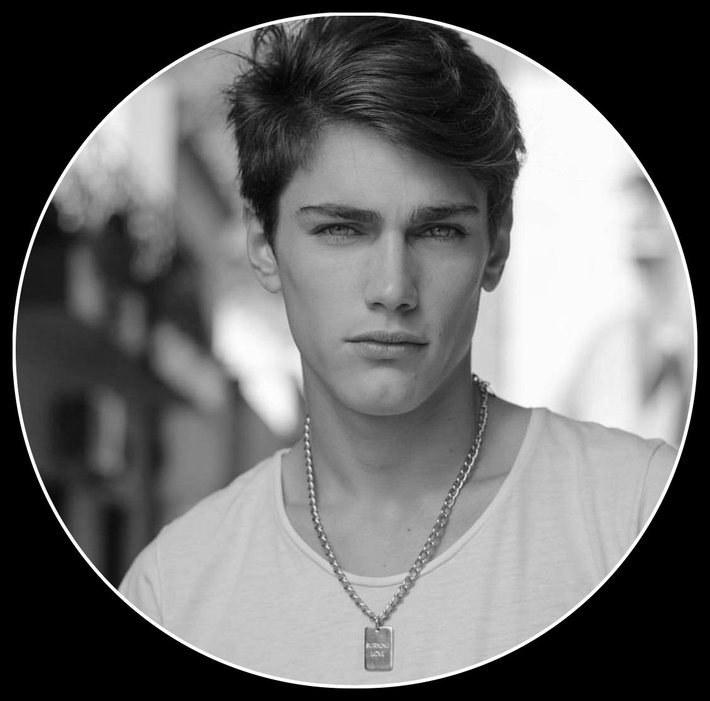 His flesh and blood.

While his son battles with drug addiction, Silas found a love so deep for his boy that he would do anything to keep his son healthy and happy, even if that meant hunting down anyone that does him wrong. Silas will find these drug dealers and end them and get his son off those drugs, if it's the last thing he does.

Silas and Linus' mother had ended things a little before he found out she had been pregnant. Then he finds out she was sick and had died from cancer. It tore him apart, but he knew nothing would stop him from stepping up and taking in the young man. 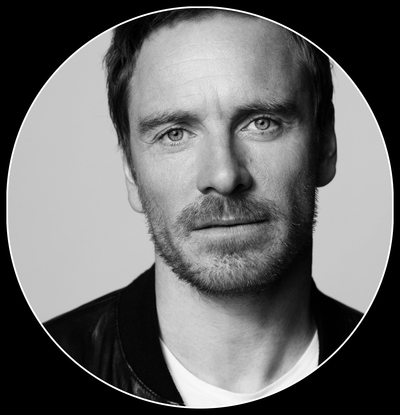 The vampire who knits him sweaters.

His son brought Thomas to Silas's corner. After the boy had stolen property from the vampire, he'd gotten caught and rather than kill him, the vampire had brought him back to Silas.

Over time, the two kept running into each other and soon traded numbers and spent time together enough to have formed a relationship. Silas loves this man and he would go through hell for the vampire, quite literally. 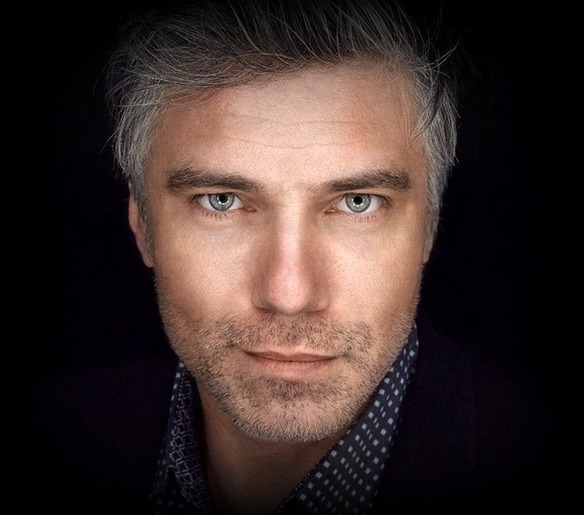 "I think we have but i just dont know on what character xD but yeh let's plot something out!" 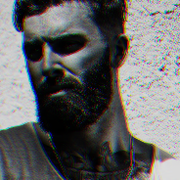