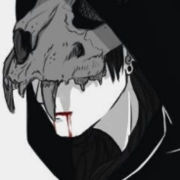 He was born into a tribe of shifters and is the eldest of two.
He has a younger brother named Nolan.

The tribe highly valued honor, individual status and power, and take the blessing of being a shifter very seriously. Nolan turned out to be a natural Fox shifter, and can shift into a Cross-fox, but Enoch was unable to shift into anything on his own. Therefore, Nolan was the favorite of the family and among the better, more important children of the tribe. Enoch was pretty much cast aside and ignored for many years because he was unable to shift.

He grew accustomed to being alone, and built a rebellious streak over the years, which made him even less favorable in the eyes of both his family and his tribe. Nolan was still the "perfect child," and also suffered under the weight of expectations of being the star child.

Enoch was between 12 and 13 years old when he found the top part of a bear skull in the woods. He was fiddling with it while he wandered around, then for no apparent reason, felt the need to hold it up to his face and peered through the eye holes.

Boom, the skull seemed to latch and mesh onto his face, and Enoch began to panic as he felt something crawling up and all over his body. He felt his body moving, twisting, shifting, becoming incredibly hot in temperature until it overall just... didn't feel like his body anymore. He had shifted into a bear, and his memories meshed with that of the bear who's skin and hide he now wore.

He was panicking immensely, trying hard to claw himself out of the skin that he was trapped in, but he just about tore himself to bloodied shreds trying to.

He began to run towards his home, but fumbled and tripped all over himself through out the whole trip. His tribe members on lookout saw a bloodied and completely discombobulated bear charging full speed towards them, they grabbed their weapons and charged out to meet it. Now, Enoch was panicking even more, and his panic mixed with the bear's primal fear of the charging humans. He skidded, turned, and ran the other direction. Tried to shout, but only roars came out. The tribesfolk surrounded him, and in one desperate last attempt, he dug his claws into his own face and tore, and flesh and bone finally peeled off his face.

The skull clattered to the ground, and the bear's skin fell limp around his bloodied, scratched up and naked human body like a giant coat. Enoch grabbed the skull, and the skin very gradually began to dissipate into ash and embers drifting in the wind.

Everyone was absolutely baffled. After a few days of experimentation with different skulls and pelts (forced on Enoch by the tribe,) they discovered Enoch's abilities, which far surpassed the abilities of the other shifters. While Enoch couldn't shift into something just on his own, he had the ability to shift into anything if he peered through the eyes of skulls and pelts alike, whereas shifters were limited to only one creature.

Skinshifters were among the revered legends, and so Enoch suddenly went from an outcast to the most revered kid in the whole tribe. All other shifter kids that were once doted over were now also pushed aside, including poor Nolan.

But the damage had already been done. Enoch still had his rebellious streak, and absolutely hated the sudden shift from solitude to sudden showering of attention. Him getting whatever he wanted got to his head, but he still hated the attention at the same time. He still acted out, and nobody did anything about it. Soon enough, Enoch burned all bridges and left the tribe. 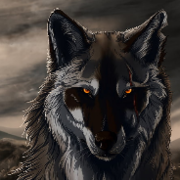