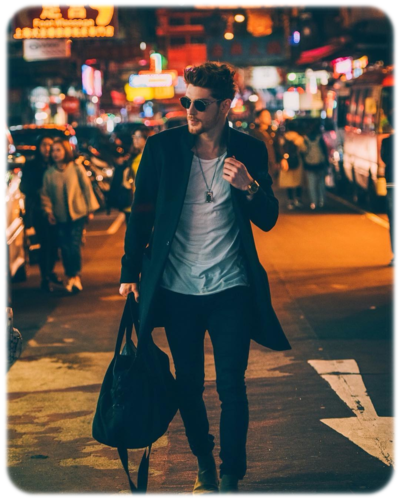 Son of Lucifer & A Slut Vampire

Origins: Jett was born a bastard child, and raised oddly normal for a supernatural. His mother was a whore for blood. While she retained rank as a pureblood Vampire, the plasma had become a drug addiction, which caused her to fall quickly. In a dangerous deal with Lucifer, Jett's mother fell pregnant. Of course, Lucifer never had time for his spawns, leaving Jett to his mother. Due to the fact that Endora, Jett's mother, was a Vampire and Lucifer a fallen angel; Jett was birthed without an exact name for his species. He bare's no fangs or blood-thirst, as well as no wings from his father's side. This leaves him...mostly normal. Our red-head retained most of his mother's traits and near to none of his father's, leaving him much weaker than most of Lucifer's spawns. None-the-less, Jett was gifted with his mother's abilities; ones that would put most demons to shame...A Healers Touch.

Past: Although Jett was a wanderer for a good portion of his early years, it wasn't without purpose. His mother was dead now. Jett expected this outcome from a young age. Her hellbent ways and thirst for plasma ultimately were her downfall. Jett despised his father with every fiber of his being. Even strongly disapproving of his mother's ways, Jett still cared for her, even as far as feeding her with his own blood. Jett always longed for the power he was denied at birth. The throne would one day be his. Perhaps that day was closer than he thought, or would he be sadly mistaken.. After a meeting with a Starcaller known as Amir. Jett found that the two had similar goals. Yet Amir's strength and power-control already seemed strong enough to face his father without help. Silently Jett plotted. Amir wished to kill Lucifer, and it seemed he would attempt to with or without Jett. His father's death would mean, the throne open. With his mind made up, our red-head vowed to serve Amir. For the longest time, Amir knew nothing of Jett's true plans or even the fact that Jett had Lucifer's blood running through his veins. His life as a butler for several loyal years came to an end when Amir began to slip even further into insanity; ultimately casting Jett away.

Presently: Ceres, a Fae from Katalam became his world quicker than he'd have thought. The two were good friends. She was a captured pawn in the game his twisted Master, Amir had been playing with Lucifer. Jett witnessed many bad things done to Ceres in Amir's clutches; her wings had been cut, her body beaten and her innocence ravaged. He eventually convinced Amir to free her. The two would not meet again for several years. Down the line, Amir cast Jett aside. Jett would eventually find his way to Ceres where the two were inseparable. She as his friend, and he her guardian. Getting herself into a situation with the Void, Ceres had lost all Fae concepts. She became a mage, the void fueling her power. Ceres, like his mother Endora, was hellbent on one thing, Killing Amir. Her twisted will was unclear, and Jett still does not know the reasoning behind it. She would eventually get her wish, at the cost of her own life. Jett was there, witnessed, and even helped the poor girl carry out her plan. He couldn't leave her alone, and she'd have carried out her plan either way. Jett was rescued from the battlefield by his sister Vivette. Ceres's overload of the Void's magic had killed her, but also her fearsome target. Jett remembered it clearly, she combusted with magic. Her body simply couldn't contain it. Now the Void that once ran through her veins taints his own body. While Jett has seen instances of the curse, he's yet to be fully engulfed in its insanity. 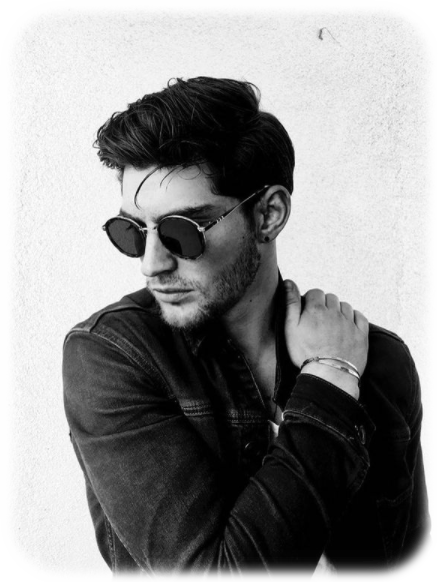 The Trickster: A title that no longer belongs to him. While Jett was always known as cunning and witty, he's actually mellowed out more than normal due to the Void's poison. This is alarming to the few that know him. Jett has always come off strong and for better words.. a jerk. Those personality traits aren't lies, but underneath, our red-head has the heart of a lion. He's always been a white knight and fails to follow in the footsteps of most children of Lucifer. While his depression from losing Ceres has a drastic impact on his mood, he does still retain his earlier traits.

A Sickness: The Void is no joke. It grants great power but with it great pain not only to the holder but the people around him. The sickness is recessive but tends to surface at the worse of times. It has begun to mess with his brain in horrible ways. Jett has recently blacked out and slaughtered a small Pho Noodle Cafe of civilians. He also has terrible dreams of void cursed demons far worse than what Hell has to offer. The curse has begun to take a toll on his metal. 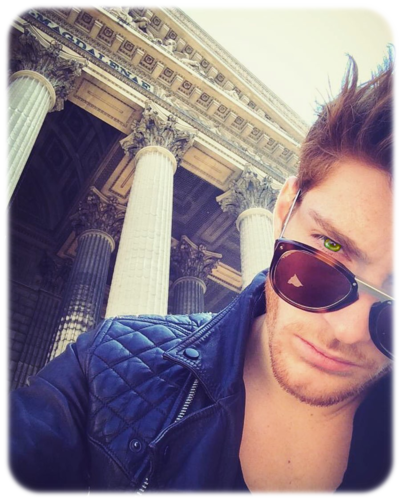 Brilliant Green: Jett is a natural-born redhead. It's always been one of his most stunning features. However, close in second place is his electric green eyes. These were a hereditary gift from his mother's side. All healers in his mother's bloodline carried these exotic green hues. While Jett is built well, he's not over muscular. Toting his famous careless wifebeater and black jacket, Jett doesn't dress to impress.

Jett's Inheritance: Jett grew up and lived his whole life with an uncommon trait called Heterochromia. His green eyes were his natural skin color, but his right eye was always red. This triggered Jett to wear an eyepatch literally everywhere he went. The red hue was a gift, or more so a curse, from his father. While it gave Jett a few of his Father's abilities. It had also proven to hurt him in turn. Since the Void's coming, the Red eye gene has gone recessive, leaving Jett with his natural green hues.

The Sickness: While the Void only pokes it's head out on minor occasions, it stirs within the redhead. When the curse takes over Jett, his eyes (like all Void creatures) will shift to an electric purple color. 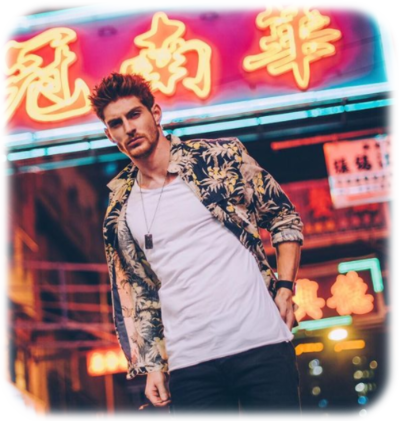 A Dangerous Chanter: Jett's talents, as a supernatural are extremely unique. He typically isn't much of a fighter unless you push the right buttons. Inherited from his mother, Jett is an outstanding healer. He has the ability to use recovery magic as well as other supporting magics; this makes him a well sought after ally. Although Jett possesses such brilliance in the supporting aspects of magic, he's yet to use it on anyone other than himself and his Late Master, Amir.

A Signature Trait: Aside from his outstanding healing abilities, Jett retained a few of his father's weaker skills, allowing him small offensive bouts if needed. Jett's mostly recessive crimson eye ties in with the abilities that his father passed down to him. Our-redhead's signature trait, however, is his speed. At normal speed, he's no different from that of an average demon. Though with a spell, spoken from his tongue, he has the ability to quicken himself and allies; literally multiplying his speed to unknown numbers. He's in no way the fastest creature in the world, but faster than most is better than none. Almost all of Jett's spells must be spoken from his lips, meaning they are extremely hard to replicate unless his voice is present. Still, he's been known to teach Ceres, an imprisoned Fae of his past Master, a few of his minor spells. 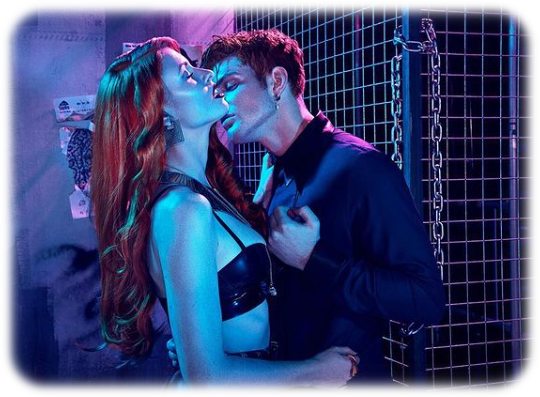 Most of Jett's ties have been cut. This was not his intention, both enemies and allies of his have come to traumatic endings in these past years. A lover is almost out of the question for him. Taking after his father, our red-head enjoys the thrill of a one night stand. He sees sexual desires as a necessity rather than seeking out a meaningful relationship. Taking after his father, Jett has no preference in gender or species. However, he has been seen leaning more closely towards Human-like females in his past. Jett can always be sucked into a relationship, its just very unlikely. 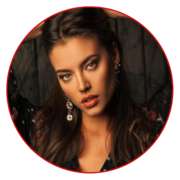 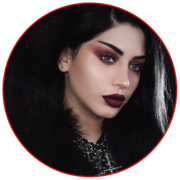 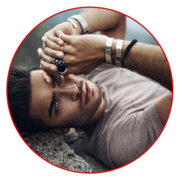 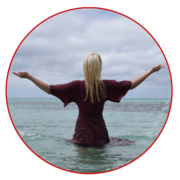 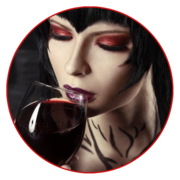 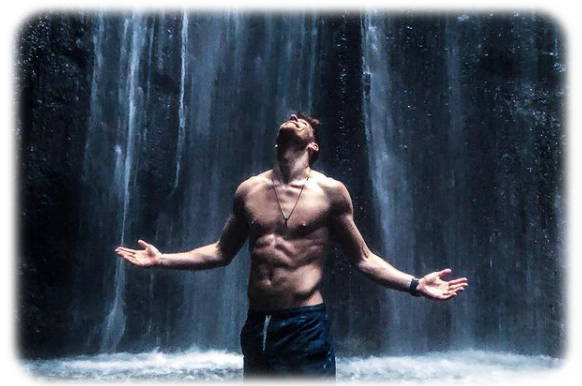 Jett is a heavy gambler. This is his sole source of income.

Endora, Jett's mother, was murdered by his father Lucifer

Jett's blood is extremely tasteful to Vampires. It's unknown if this is from his mother's genes or his father's. Perhaps both. His plasma has been known to have addictive features that to some had become irresistible.

Jett was a blood mule for his mother in her last few years. He did this quietly and willingly. He holds guilt for being part of her downfall.

of 14 Next
This reply was deleted.

Looking for a few threads!

Started by Jett in Looking for Roleplay (Out Of Character)

Started by Jett in Looking for Roleplay (Out Of Character)

"Yes, a plot sounds great. Did you have any direction you'd like to build your character into? I'd…"

"Hey hey, thanks for adding me"

Just letting you know I'm still around. Finally recovered from my injury enough to walk.…" 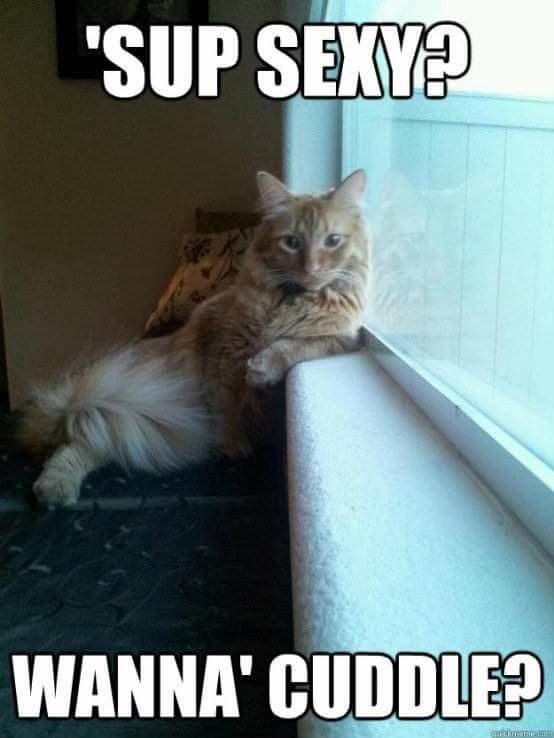 "(I'm thinking more along the line of "Dammit that guy used to babysit me" Encounter. Clearly, Jett…"

"(Ah yes, that's what I meant. Jett is a son of Lucifer, not Mephisto. I may have worded it wrong.…" 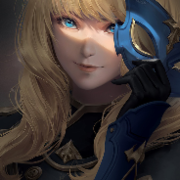 "Sleeping - Will get to replies tomorrow!
zzzz"